When dad is the president: A look at fatherhood in the White House through the years 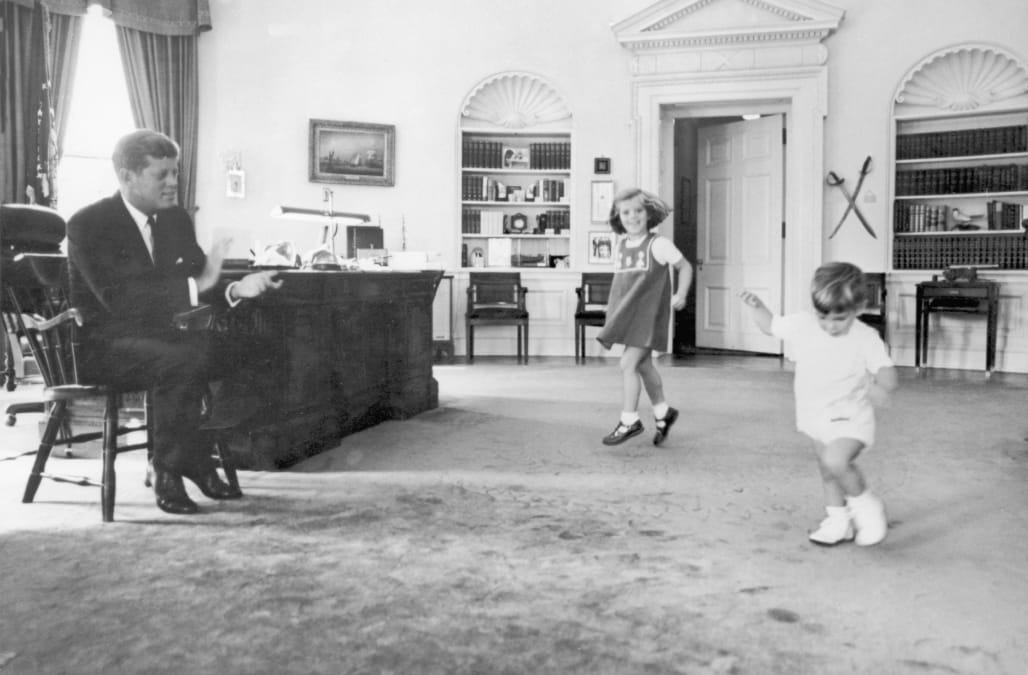 As one of the most important and stressful jobs in the world, having a father that is president of the United States is undoubtedly unique.

Secret Service security makes it trickier for trips to the local ice cream shop, dad works long hours -- but he's also nearby, since the White House doubles as an office and a home.

Click through to see how presidents have tackled fatherhood in the White House in recent decades:

Each president has approached fatherhood in the role in their own way.

John Kennedy had his young children scurrying about the Oval Office in between meetings. Richard Nixon played the role as father-of-the-bride when he hosted his daughter Tricia's wedding at the White House and Gerald Ford played a similar role when he allowed his daughter Susan to have her high school prom there a few years later.

Jimmy Carter's daughter Amy was a fixture at the White House during his four-year term, but the White House was relatively father-free for more than a decade -- as Ronald Reagan and George H. W. Bush both had full grown children.

That changed when Bill Clinton moved in with daughter Chelsea, who grew up in the public eye and even had to deal with the drama of watching her father's Monica Lewinsky affair scandal unfold during her teen years.

The Obama presidency brought young children back into the White House again -- as Barack watched young Malia and Sasha grew up from little girls to teenagers during his eight years.

President Donald Trump's 11-year-old son Barron is the youngest first son to live in the White House since the Kennedy years, but it's Trump's fatherly relationship with Ivanka Trump that might be the most groundbreaking.