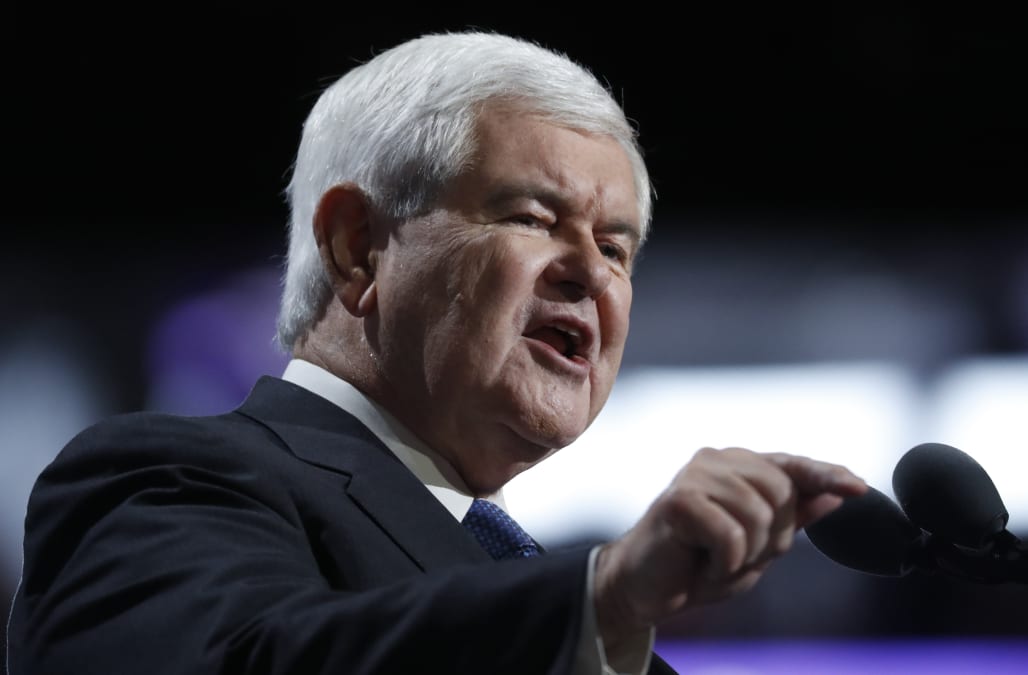 He made the comment on ABC News' "This Week" Sunday where he explained, "If you have an obstruction case, Comey has got to be one of the major witnesses."

RELATED: Newt Gingrich through the years

Gingrich also stated that "special counsel [Robert Mueller] happens to be a close friend of Comey, which is weird, because, under Justice Department rules, Mueller can't investigate Comey."

The former FBI Director has been a frequent target of Gingrich who is currently out promoting his new book, "Understanding Trump."

On "Fox News Sunday" last week, the former House Speaker blasted Comey's behavior, saying, "I think that Comey himself, by his own testimony, tainted this particular process. You have a director of the FBI deliberately leaking in order to create a special counsel, who we're now supposed to believe is going to be this neutral figure. I think that's just nonsense."

And days later, during an interview on Sean Hannity's radio show, Gingrich accused Comey of being part of the "deep state," an alleged government network trying to undermine the Trump administration.

More from AOL.com:
Trump goes after 'Crooked H' Clinton and 'Dems dealings with Russia' as special counsel probe expands
Big-name Trump supporters are pushing for Robert Mueller to be fired
There's a theme emerging in Mueller's Russia probe that could prove damning for Trump