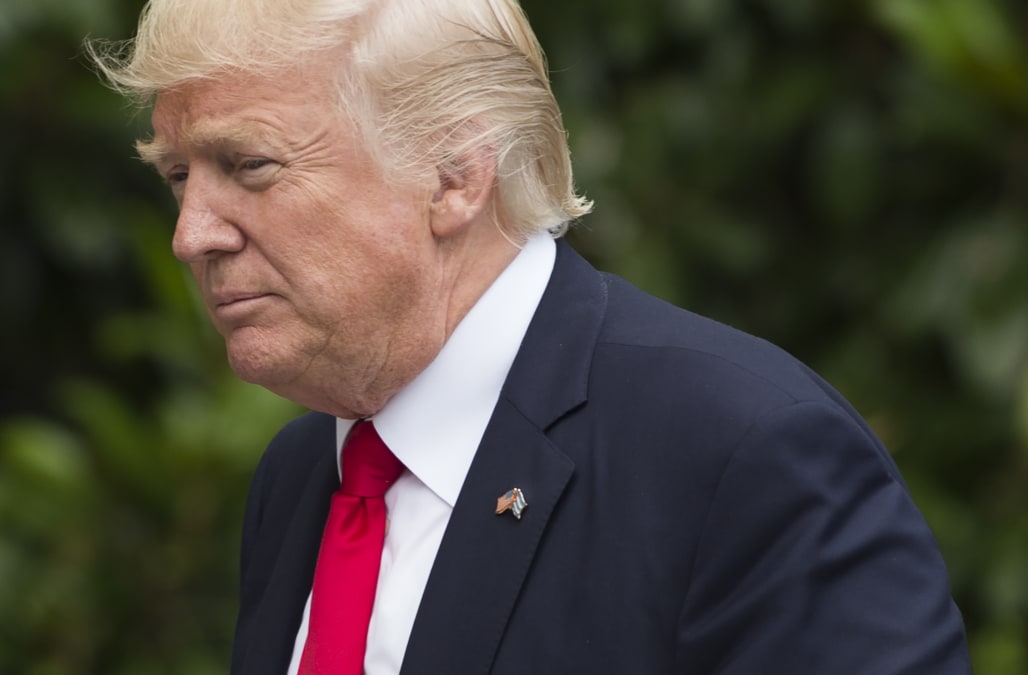 A teacher's photo with President Trump and the first lady has gone viral due to his bold displays of support for the LGBTQ community.

Nikos Giannopoulos posted an official photo of the three of them in the Oval Office on Thursday with the message, "Rhode Island Teacher of the Year 2017 meets the 45th President of the United States. That's all."

He was at the White House in April with other teachers of the year.

But the special education teacher at Beacon Charter High School for the Arts stood out; as NPR describes him, the 29-year-old is standing there "holding a delicate black lace fan while wearing a rainbow LGBTQ pin on a blue print jacket, a silver and gold statement necklace and a nose ring."

In an earlier Facebook post after the visit, Giannopoulos explained his deliberate choice of clothing and accessories, writing, in part, "I wore a rainbow pin to represent my gratitude for the LGBTQ community....I wore a blue jacket with a bold print and carried a black lace fan to celebrate the joy and freedom of gender nonconformity. I wore an anchor necklace in honor of the State of Rhode Island whose motto 'Hope' was inspired by Hebrews 6:19 – 'We have this hope as an anchor for the soul, firm and secure.'"

Scroll through to see famous faces in LGBTQ history:

He later revealed to NPR that Trump had, in fact, complimented him on his style and the fan, and encouraged him to show the accessory in the photo.

The response to his photo has been mostly positive, with one person writing, in part, "Thank you for dedicating your life to your students. You should be proud of how you represent your fellow teachers. I also like your fan."

Meanwhile, someone else commented, "Congrats on giving hope to your students and being who you are! The world is a better place with you here!"