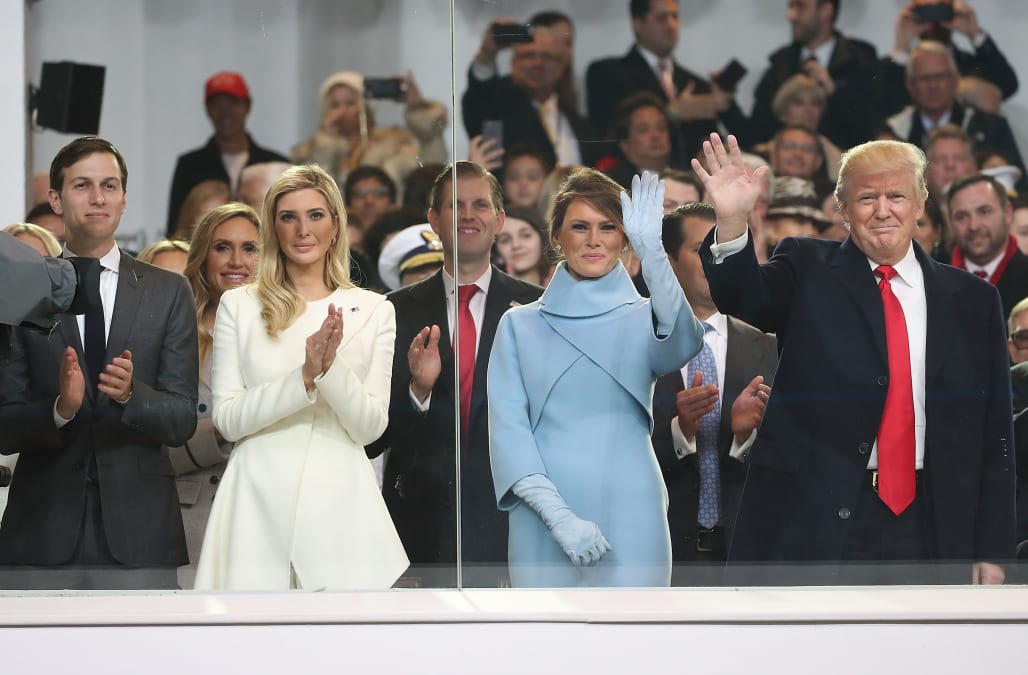 After a couple of hand swats and a brow-raising butt pat, Donald and Melania Trump's relationship has been hitting the headlines over the past few weeks for all of the wrong reasons.

However, while the various viral moments between the first couple have been heavily critiqued over the pair's strange body language and etiquette towards each other, some people believe the president's first daughter, Ivanka Trump, has a fairly successful relationship in comparison to her dad's.

In an interview with Elite Daily, Constantine complimented the first daughter and her husband, Jared Kushner, on their compatibility.

"They're both great parenting those kids together. If one has a kid on their hip, the other one is pushing the stroller. I see that they do parent together," Constantine said. "I see them both on the same playing field, with great respect for each other. Neither one of them has an issue with being beside one another."

Whereas, her father's relationship, Constantine describes, is rockier in comparison.

"The most important thing that stood out to me was the complete opposite of connectedness in their relationship," Constantine said of the first couple's marriage.

"Donald Trump does not make [Melania] feel present when she's there. It's all about him, she's left in the breeze, she's unimportant to him in that respect. ... It's complete discord with Melania and Donald Trump."

By contrast, Constantine details the presence of acknowledgment and equality between Ivanka Trump and her husband.

"When they walk, they build rapport," she said. "Often times, when they're in posed position when the cameras are on them, they're often mirroring each other, so their gestures are somewhat synchronized."

"That's a good sign," Constantine concluded. "Their facial expressions are of love and admiration and respect."