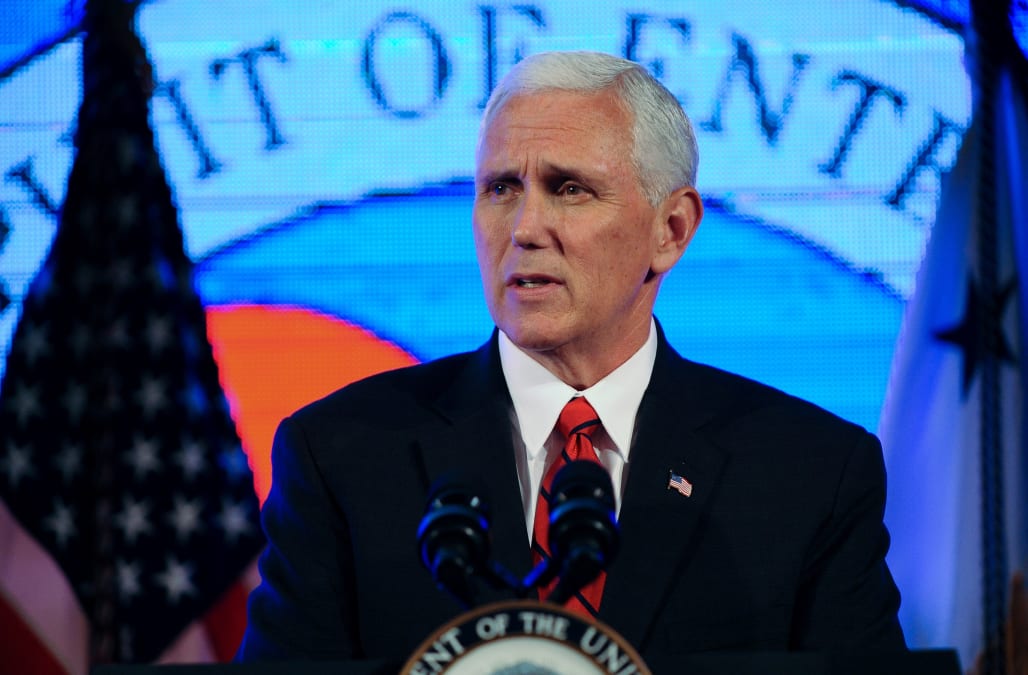 WASHINGTON, June 15 (Reuters) - U.S. Vice President Mike Pence has hired a lawyer known for defending government officials in high-profile investigations to help him with probes into whether there were ties between the election campaign of U.S. President Donald Trump and Russia, his office said on Thursday.

U.S. intelligence agencies have concluded that Moscow interfered in last year's presidential campaign to try to tilt the vote in Trump's favor.

Trump, who hired his own lawyer last month for probes by a special counsel and congressional committees, lashed out on Thursday after a report that he was under investigation for possible obstruction of justice.

He dismissed as "phony" the idea that his campaign colluded with any Russian effort to sway the 2016 election. Moscow denies meddling in the campaign.

Cullen is a former federal prosecutor who has long ties to former FBI Director James Comey, whom Trump fired on May 9. He represents former FIFA President Sepp Blatter in the corruption probe into world soccer's governing body. U.S. prosecutors have not accused Blatter of wrongdoing.

Cullen, who supported Trump's rival Jeb Bush during the race for the Republican presidential nomination, also represented Tom DeLay, a Texas Republican and former majority leader of the U.S. House of Representatives, during the investigation into corrupt Washington lobbyist Jack Abramoff. DeLay was not charged.

RELATED: Mike Pence through the years

Pence had been looking at hiring his own counsel for several weeks, and made his decision earlier this week after interviewing several candidates, his office said.

"The vice president is focused entirely on his duties and promoting the president's agenda and looks forward to a swift conclusion of this matter," Pence spokesman, Jarrod Agen, said in a statement.

Pence has seldom addressed the Russia issue, which has overshadowed Trump's efforts to overhaul the healthcare system, cut taxes and boost jobs - priorities that Pence has worked on intensively with Republican lawmakers.

The Washington Post first reported the Cullen hire. Just before the story broke, Trump wrote a pair of angry tweets, suggesting that Hillary Clinton, his Democratic opponent in the election, should be under investigation instead of him.

Earlier on Thursday, Trump called the probe a "witch hunt" on Twitter. "They made up a phony collusion with the Russians story, found zero proof, so now they go for obstruction of justice on the phony story. Nice," Trump wrote.

Mueller is investigating whether anyone on Trump's campaign, or associated with it, with him or any of his businesses, may have had any illegal dealings with Russian officials or others with ties to the Kremlin, said one U.S. official familiar with the rough outlines of the probe and who spoke on condition of anonymity.

That includes the finances and business dealings of Jared Kushner, who is married to Trump's daughter Ivanka, and is a senior adviser at the White House, the Washington Post reported on Thursday, citing unnamed officials familiar with the matter.

Mueller is also looking at a second line of inquiry: whether, if any potential offenses were committed, Trump or others attempted to cover them up or obstruct the investigation into them, the source said.

An examination of possible obstruction of justice charges was "unavoidable" given testimony by Comey, although the issue may not become the main focus of the probe, the source said.

Comey told a Senate panel last week he believed Trump fired him to undermine the FBI's Russia probe. He also told the Senate Intelligence Committee in his June 8 testimony that he believed Trump had directed him to drop a related agency investigation into the president's former national security adviser, Michael Flynn.

White House officials, including Pence, initially gave differing reasons for Comey's dismissal, including that he had lost the confidence of the FBI.

Pence said on Twitter on May 10 that Trump had "made the right decision at the right time to remove Comey as the head of the FBI" and praised him for showing "strong & decisive leadership to restore trust & confidence of the American people in the FBI."

Trump later contradicted his own staff, saying on May 11 he had the Russia issue in mind when he fired Comey.

While a sitting president is unlikely to face criminal prosecution, obstruction of justice could form the basis for impeachment. Any such step would face a steep hurdle as it would require approval by the U.S. House of Representatives, which is controlled by Trump's fellow Republicans.