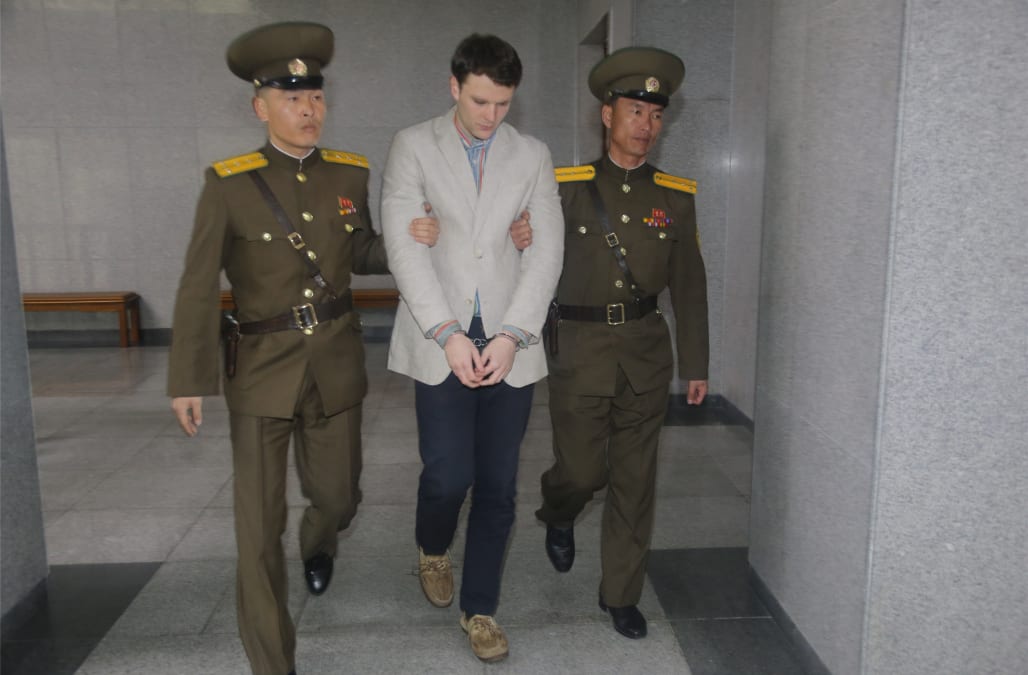 The tour group that brought a 22 year-old American student to North Korea where he was later detained and sent home over a year later in a coma advertises the country as "probably one of the safest countries on Earth to visit."

The group, Young Pioneer Tours, does not mention the State Department's strong warnings about the risk of detention or "unduly harsh sentences for actions that would not be considered crimes in the United States."

Instead, the Young Pioneer Tours' North Korea FAQ section begins with this:

How safe is it?

Extremely safe! Despite what you may hear, North Korea is probably one of the safest places on Earth to visit. Tourism is very welcomed in North Korea, thus tourists are cherished and well taken care of. We have never felt suspicious or threatened at any time. In fact, North Korean's are super friendly and accommodating, if you let them into your world. Even during tense political moments tourism to the DPRK is never affected.

Their website, which uses communist imagery while offering tours of North Korea for around 1,000 euros, generally promises a safe, good time with tours around North Korea's internal holidays and customs.

But one North Korean custom is living under wartime law, and the US has no formal diplomatic relationship or consulate in the country to advocate for US travelers.

Otto Warmbier, sentenced to 15 years of hard labor for "anti-state" crimes that amounted to trying to steal a poster from a hotel, learned this lesson the hard way. While thousands travel to North Korea each year and return safely, Warmbier's story shows there's a terrible price to be paid for some.

As the Washington Post's Anna Fitfield notes, Koryo Tours, another tour group, does mention the risks and links to travel advice.

NOW WATCH: Watch how the US would shoot down an incoming ICBM in its tracks

SEE ALSO: The real threat from North Korea is not nuclear war, but tragedies like Otto Warmbier's