Scalise doctor: He came in with an 'imminent risk of death,' recovery now a good possibility 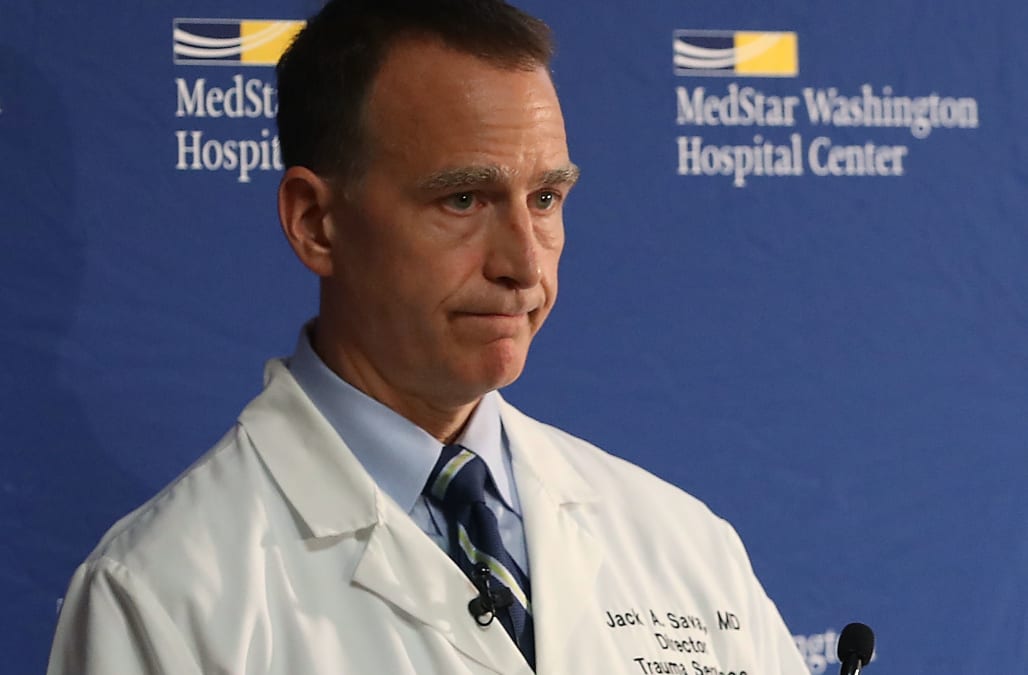 Doctors attending to Rep. Steve Scalise of Louisiana said Friday they feel better about his condition after he was shot by a gunman.

"I feel a lot more confident and a lot more optimistic than I did two, three days ago," said Dr. Jack Sava at the MedStar Washington Hospital Center. "I would say that when he arrived, he was in critical condition with an imminent risk of death."

"We are encouraged by improvement of his condition over the last 36 hours," Sava said. "We have controlled internal bleeding and his vital signs have stabilized."

Scalise and three others were shot by 66-year-old James Hodgkinson during a GOP baseball practice on Wednesday. Hodgkinson was eventually killed by Capitol police.

Despite his optimism, Sava said Scalise's condition remained critical: "He will require additional operations to manage abdominal injuries and other bone injuries. Predicting the length of his hospital stay is difficult today ..."

"After he leaves the hospital, he will require a period of healing and of rehabilitation."

The bullet that had hit Scalise was a single rifle round that "travelled across his pelvis, fracturing bones, injuring internal organs, and causing severe bleeding." He was said to have been awake on scene; however, underwent shock during his transportation to the trauma center.

NOW WATCH: WATCH: President Trump responds to a shooting at a congressional baseball practice in Virginia

SEE ALSO: Congressman in critical condition after being shot during baseball practice