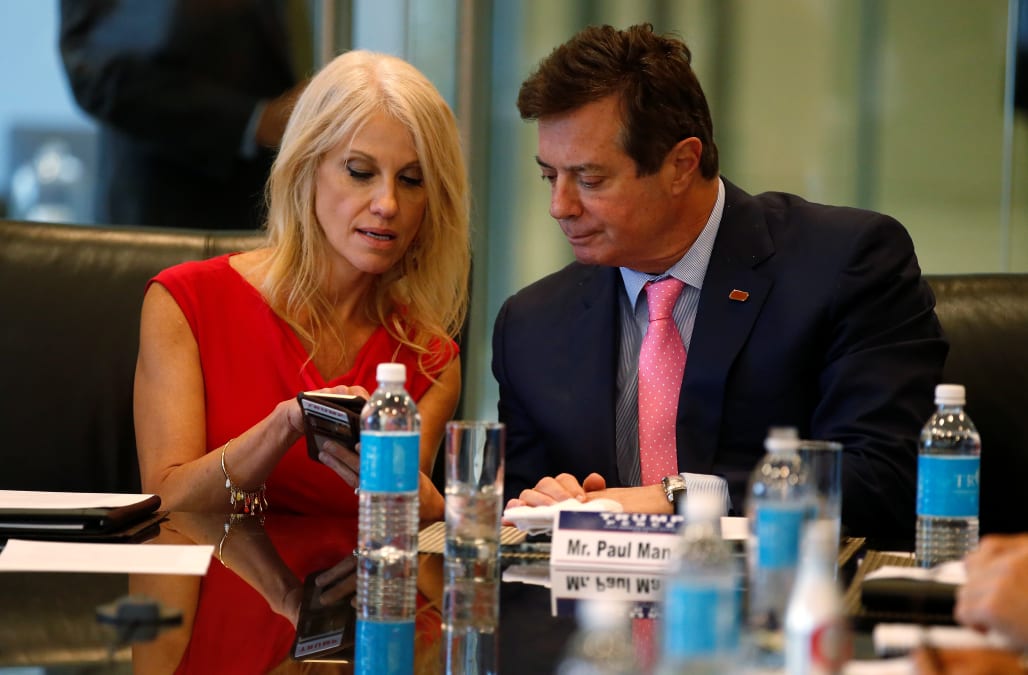 Citing a memo from the general counsel's office of Trump's transition team, the Times said former members were given the order on Thursday for any information involving Russia or Ukraine in the latest sign of the investigations' expanding reach.

The memo comes as U.S. Vice President Mike Pence's office said he had hired a lawyer, known for defending government officials in high-profile investigations, to help him with the probes into the alleged Russian interference and possible ties to the Trump campaign.

Special counsel Robert Mueller and several congressional panels are investigating the Russia issue, which has cast a shadow over the early months of Trump's presidency.

The Washington Post on Wednesday reported that Mueller is investigating the Republican president for possible obstruction of justice.

U.S. intelligence agencies have concluded that Moscow interfered in last year's presidential campaign to try to tilt the vote in Trump's favor.

Moscow has denied any interference and the White House has denied any collusion. Trump has repeatedly complained about the probe, saying Democrats cannot accept his election win.

Trump, who hired his own lawyer last month to represent him regarding probes by the special counsel and congressional committees, continued his harsh criticism of the investigations in series of tweets on Friday.

"After 7 months of investigations & committee hearings about my 'collusion with the Russians,' nobody has been able to show any proof. Sad!" he wrote in one post.

Pence hired Richard Cullen, chairman of law firm McGuireWoods, to help him respond to inquiries from Mueller, a spokesman said.

Cullen is a former federal prosecutor who has long ties to former FBI Director James Comey. Trump fired Comey on May 9.

Pence had been looking at hiring his own counsel for several weeks, and made his decision earlier this week after interviewing several candidates, his office said. The Washington Post first reported the Cullen hire.

Pence had taken over the transition team from New Jersey Governor Chris Christie.

Pence has seldom addressed the Russia issue, which has overshadowed Trump's efforts to overhaul the healthcare system, cut taxes and boost jobs - priorities that Pence has worked on intensively with Republican lawmakers.

Flynn, who was forced out in February, is a subject in investigations by intelligence committees in the House and Senate, as well as the Federal Bureau of Investigation.

Comey told a Senate panel last week he believed Trump had directed him to drop an agency investigation into Flynn.

Manafort, Page and Stone have also been linked to the Russia investigations.