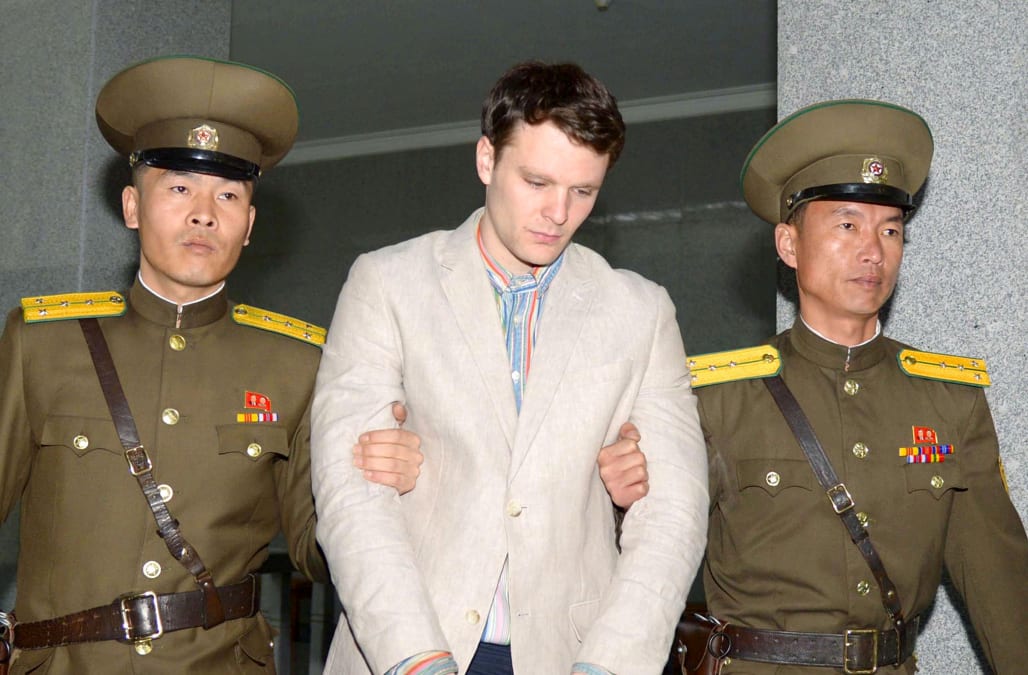 Twenty-two year old Otto Warmbier returned to the United States this week, after having been detained in North Korea for 17 months.

And now, his father Fred Warmbier, is speaking out.

He praised the Trump administration for bringing his son back to the US, but is now claiming North Korea is luring Americans to their country as "fodder."

Click through a timeline of the student's North Korea imprisonment:

According to CNN, He accused Young Pioneer Tours, the China based company that organized Warmbier's trip, of falsely advertising the safety of North Korea.

Young Pioneer Tours told CNN they "have provided safe visits for over 8,000 tourists to North Korea in the last 10 years," and that they have only had one arrest in their history.

North Korean law enforcement says Warmbier was arrested at the airport for trying to steal a political sign, and after an hour long trial, was sentenced to 15 years of hard labor.

Doctors say Warmbier who returned is nothing like the student who left on a cultural tour.

He is now in a constant vegetative state, with doctors saying he has lost brain tissue from all regions of the brain.

More from AOL.com:
US moves long-range rocket launchers into southern Syria
New study finds the most dangerous cities in each US state
3 US soldiers killed during Afghanistan attack