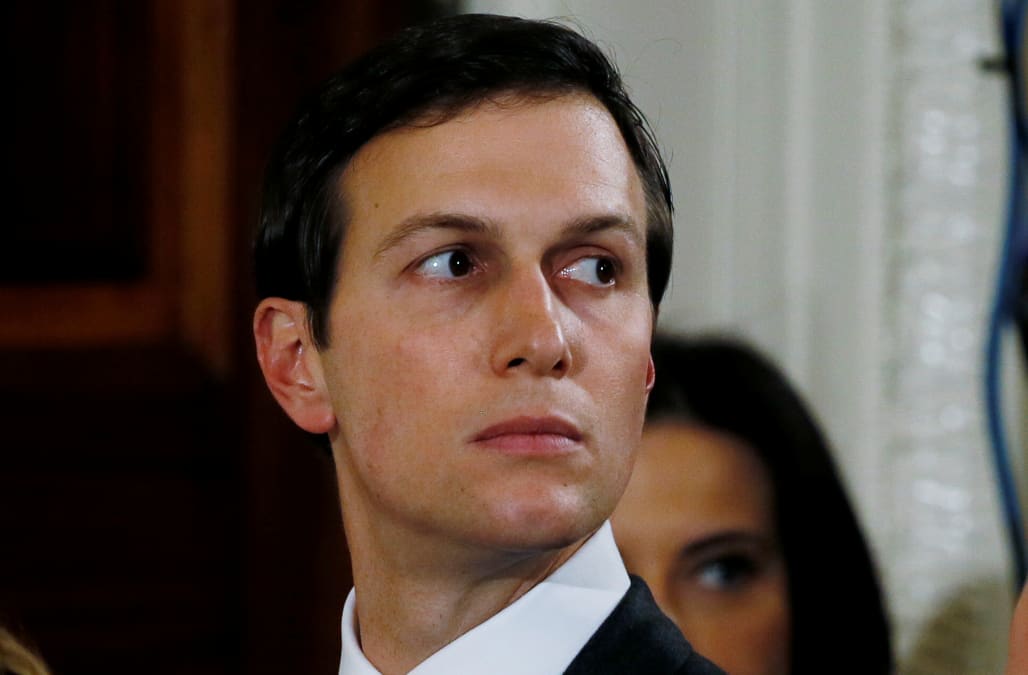 The business dealings of Jared Kushner have become a focus in special counsel Robert Mueller's investigation into Russian interference in the 2016 election, according to a Washington Post report Thursday night.

Kushner, the adviser and son-in-law of President Donald Trump, met separately with the Russian ambassador to the U.S. and a Russian businessman in December — interactions that were already under scrutiny as part of the FBI probe.

Sources informed The Post of the financial focus of the investigation.

During the meeting at Trump Tower with the Russian ambassador, Sergey Kislyak, Kushner reportedly floated the possibility of establishing a back-channel line of communication between the Trump transition team and Russia.

The White House has said that Kushner's subsequent meeting with Sergey Gorkov, CEO of Russia's state-owned Vnesheconombank, was unrelated to business matters. But the FBI is looking into whether Gorkov suggested to Kushner that Russian banks could finance the business ventures of Trump's associates if U.S. sanctions were lifted or relaxed.

Kushner attorney Jamie Gorelick pushed back on the report in a statement Thursday evening.

"We do not know what this report refers to," Gorelick said. "It would be standard practice for the Special Counsel to examine financial records to look for anything related to Russia. Mr. Kushner previously volunteered to share with Congress what he knows about Russia-related matters. He will do the same if he is contacted in connection with any other inquiry."

The development marks another expansion of the FBI probe, whose scope had previously been limited to uncovering whether Trump's campaign colluded with the Kremlin during the 2016 election. The Post reported on Wednesday that Mueller was investigating Trump to prove whether the president attempted to obstruct justice.

In an early-morning tweetstorm, Trump blasted the investigation as a "witch hunt" and a "phony story."

"You are witnessing the single greatest WITCH HUNT in American political history - led by some very bad and conflicted people!" Trump said in a tweet.

You are witnessing the single greatest WITCH HUNT in American political history - led by some very bad and conflicted people! #MAGA

SEE ALSO: Trump is reportedly being investigated for obstruction of justice