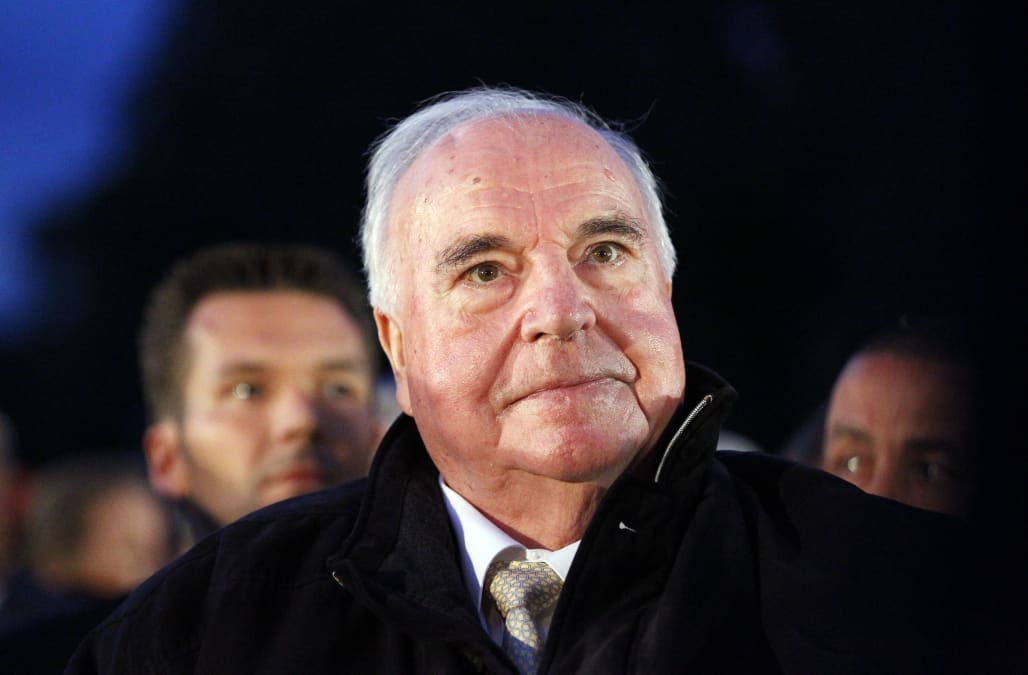 Bild reported in its online edition that Kohl died in the morning in his home in Ludwigshafen, in western Germany.

"We mourn," Kohl's Christian Democratic Union party (CDU) tweeted with a picture of the former chancellor.

Germany's longest serving post-war chancellor from 1982 to 1998, Kohl was a driving force behind the introduction of the euro currency, convincing skeptical Germans to give up their cherished deutschemark.

An imposing figure who formed a close relationship with French President Francois Mitterrand in pushing for closer European integration, Kohl had been frail and wheelchair-bound since suffering a bad fall in 2008.

At home, he is celebrated above all as the father of German reunification, which he achieved after the 1989 fall of the Berlin Wall despite resistance from partners such as British Prime Minister Margaret Thatcher and Soviet leader Mikhail Gorbachev.

He won voters in communist East Germany by promising them "flourishing landscapes."

Shortly after leaving office, Kohl's reputation was tarnished by a financing scandal in his center-right party, the Christian Democratic Union (CDU), now led by Chancellor Angela Merkel. Kohl mentored Merkel early in her career, appointing her to her first ministerial post.

Until his death, Kohl refused to identify the donors, saying he had given them his word. (Reporting by Thomas Escritt and Paul Carrel; editing by Mark Heinrich)

More from AOL.com:
Firefighter's chilling tweet goes viral after London tower blaze
Vladimir Putin says he does not have bad days — because he is not a woman
Vladimir Putin's hard-core daily routine includes hours of swimming, late nights, and no alcohol