Estranged wife of Alexandria gunman shaken by attack: 'I can't believe he did this' 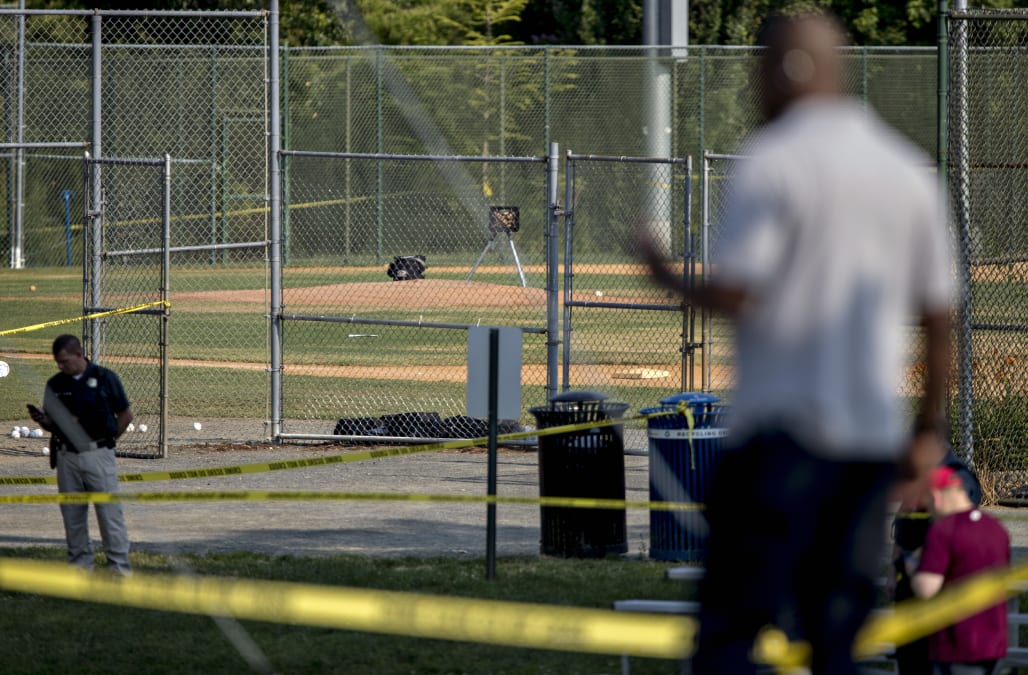 The estranged wife of the man who opened fire on Republicans practicing for a charity baseball game Wednesday says she is stunned by the misdeeds of her husband and had no prior knowledge of his plans.

Sue Hodgkinson, who had been separated from husband James since the end of March, appeared visibly shaken as she spoke to reporters outside her Belleville, Ill., home Thursday night.

"I can't believe he did this," she said.

She maintained that her husband did nothing to indicate he was planning to spray a baseball diamond with bullets in a mission to murder GOP members.

She said she last saw her husband in March, when he sold off some of his belongings and moved to Virginia "to work with people to change the tax brackets," Sue Hodgkinson said.

He was living out of a white Ford van parked two blocks from the ballfield in Alexandria. He used the local YMCA to shower.

His wife fought back tears as she revealed the toll that the shooting has taken on her family.

She was flanked by St. Clair County Deputy Sheriff Maj. Richard Wagner, who blamed James Hodgkinson for her pain, saying, "Her life is disrupted because of what he did."

Hodgkinson, who bought his weapons legally, was shot by Capitol Police Officer Crystal Griner in Wednesday morning's shooting and later died from his injuries.

Five people, including Griner, were shot and injured in the melee. Rep. Steve Scalise, 51, remains in critical condition.