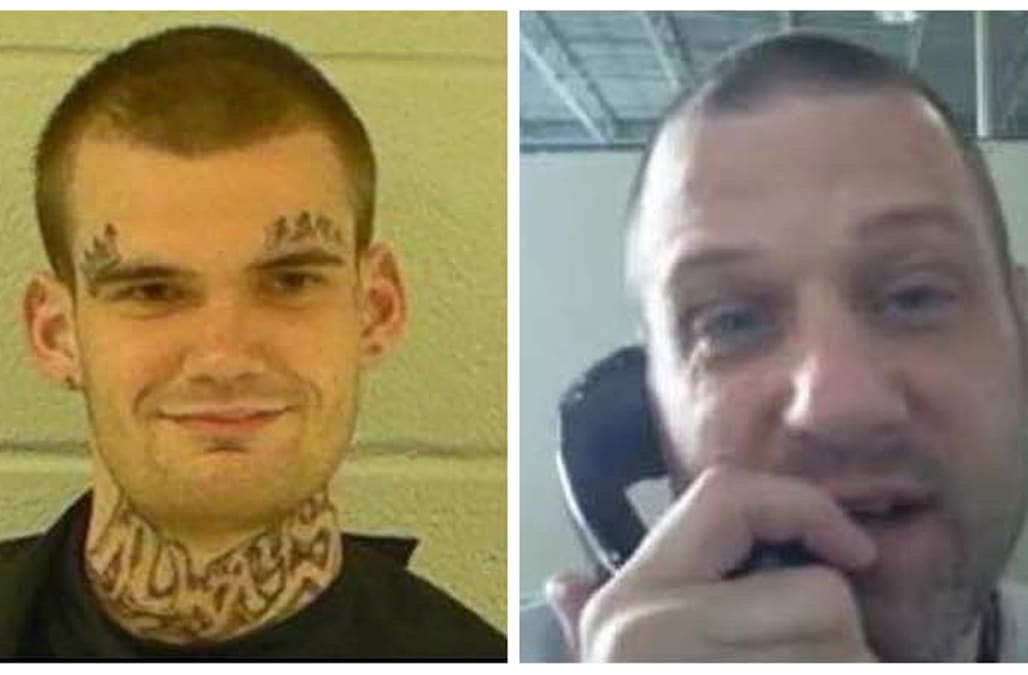 June 15 (Reuters) - Two inmates accused of shooting to death a pair of armed guards during an escape from a prison bus in Georgia were captured on Thursday night in Tennessee, authorities said.

Donnie Rowe, 43, and Ricky Dubose, 24, were apprehended following a car chase with police about an hour's drive southeast of Nashville, said Stephen Emmett, a special agent for the Federal Bureau of Investigation in Atlanta.

Authorities were responding to a report of a home invasion in the area of Shelbyville, Tennessee. The fugitives entered the home of an elderly couple, tied them up and stole their car, leading police on a car chase, Emmett said.

The fugitives then crashed the car on Interstate 24 and fled on foot into a wooded area before entering a property in the area of the community of Christiana, outside of Murfreesboro, Emmett said.

The pair were eventually taken into custody by Tennessee authorities, he said, adding he was not aware of any injuries to law enforcement during the pursuit or arrests.

The two men, who were serving time for armed robbery, escaped on Tuesday in rural Putnam County, about 70 miles southeast of Atlanta, as they were being transported between two prison facilities with 31 other inmates.

After their escape, Putnam County Sheriff Howard Sills described the prisoners as "dangerous beyond description" and said a day later that the search for them had been expanded nationwide.

Sills said the fugitives each had 9 mm guns they took off the prison officers they killed.

Ricky Myrick, assistant commissioner of the Georgia Department of Corrections, told reporters on Wednesday that the inmates were most recently cellmates at Baldwin State Prison and had been cellmates at other Georgia prisons.

"They have known each other for quite a while," Myrick said.

(Reporting by Alex Dobuzinskis in Los Angeles and Eric M. Johnson in Seattle; Editing by Andrew Hay and Peter Cooney)