Turquoise swirls have taken over the Black Sea 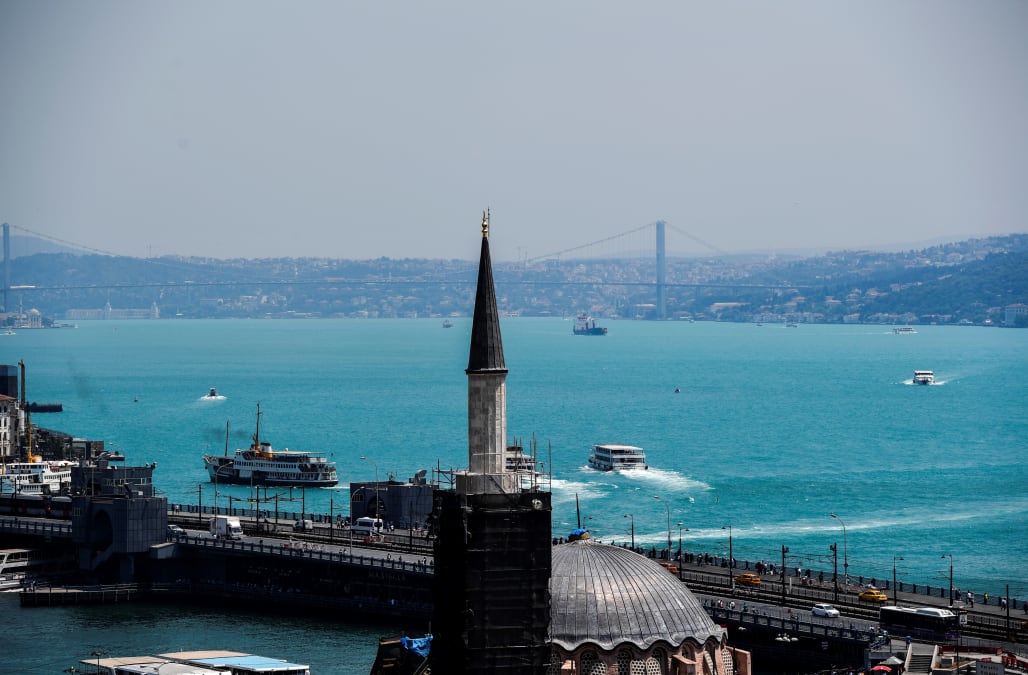 NASA captured the phenomenon with its Aqua satellite. Although the glow is strong enough to be seen more than 400 miles above Earth, it's created by microscopic phytoplankton.

They're tiny marine algae — basically the plants of aquatic areas. Only instead of having roots, they float.

As for the light-blue glow, that has more to do with the type of phytoplankton.

NASA provides insight into 'ocean worlds' in our solar system

This graphic illustrates how Cassini scientists think water interacts with rock at the bottom of the ocean of Saturn's icy moon Enceladus, producing hydrogen gas.

These composite images show a suspected plume of material erupting two years apart from the same location on Jupiter's icy moon Europa. Both plumes, photographed in UV light by Hubble, were seen in silhouette as the moon passed in front of Jupiter.

The green oval highlights the plumes Hubble observed on Europa. The area also corresponds to a warm region on Europa's surface. The map is based on observations by the Galileo spacecraft.

This illustration shows Cassini diving through the Enceladus plume in 2015. New ocean world discoveries from Cassini and Hubble will help inform future exploration and the broader search for life beyond Earth.

The ones in NASA's photos are coccolithophores. The "coccolith" part of the name refers to their scales.

Shaped like a car's hubcaps, these scales are made out of a similar material to chalk.

As the plankton release their scales, they turn the water a whitish-turquoise. And when a large population blooms, you can see that color from space.

These phytoplankton have become regulars in the Black Sea. NASA has been studying the phenomenon and found June is the peak time for the waters to turn turquoise.

But the space agency notes it hasn't seen a hue this bright in years.

More from Newsy:
NASA Could Face Big Cuts, But We Might Still Go To Mars
States With More Black People Hold On Tighter To Welfare Money
Offshore Wind Turbines May Not Be Tough Enough To Endure Mother Nature