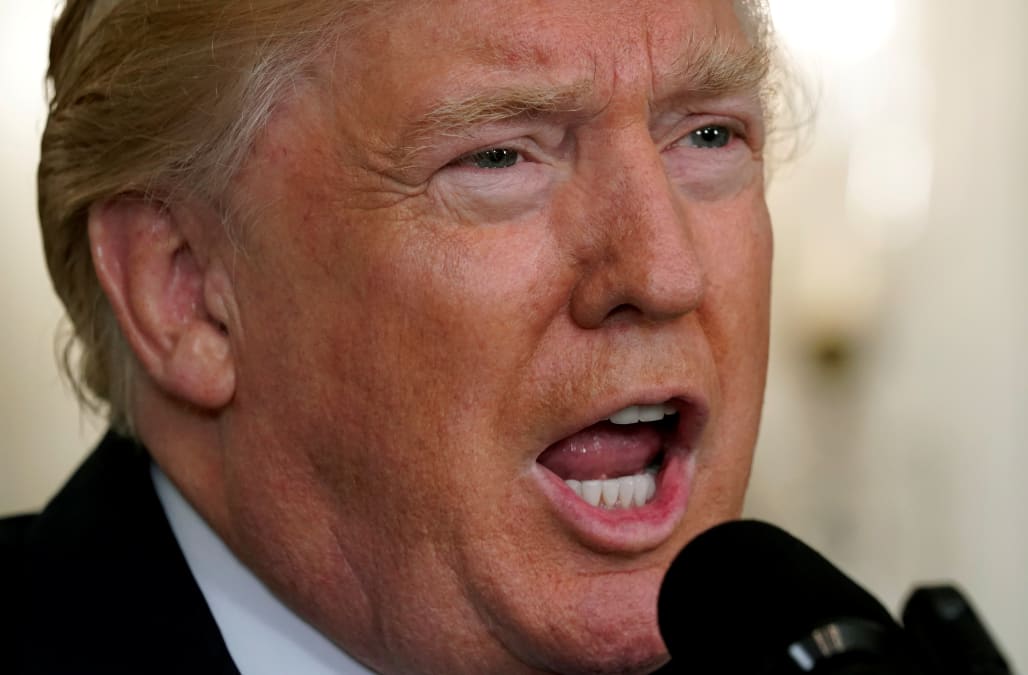 President Donald Trump asked Thursday on Twitter why investigators were not looking at "Hillary Clinton's family" and Democrats' "dealings with Russia," instead examining his "non-dealings."

Trump's tweets came after The Washington Post reported Wednesday that special counsel Robert Mueller's investigation into Russian interference in the 2016 election has now expanded to include a probe into whether Trump committed obstruction of justice with his firing of former FBI Director James Comey last month.

Trump, who tweeted earlier Thursday that the investigation was "the single greatest WITCH HUNT" in US political history and is being led "by some very bad and conflicted people," tried to turn the conversation to the 2016 Democratic presidential nominee, Hillary Clinton.

"Why is that Hillary Clinton's family and Dems dealings with Russia are not looked at, but my non-dealings are?" the president tweeted Thursday afternoon, adding shortly after, "Crooked H destroyed phones w/ hammer, 'bleached' emails, & had husband meet w/AG days before she was cleared — & they talk about obstruction?"

Why is that Hillary Clintons family and Dems dealings with Russia are not looked at, but my non-dealings are?

While the White House has insisted on referring all requests related to the ongoing investigations to Trump's team of lawyers working on the case, Trump has continued to tweet about the investigation in recent days. On Thursday alone, he posted four tweets about the ongoing probe.