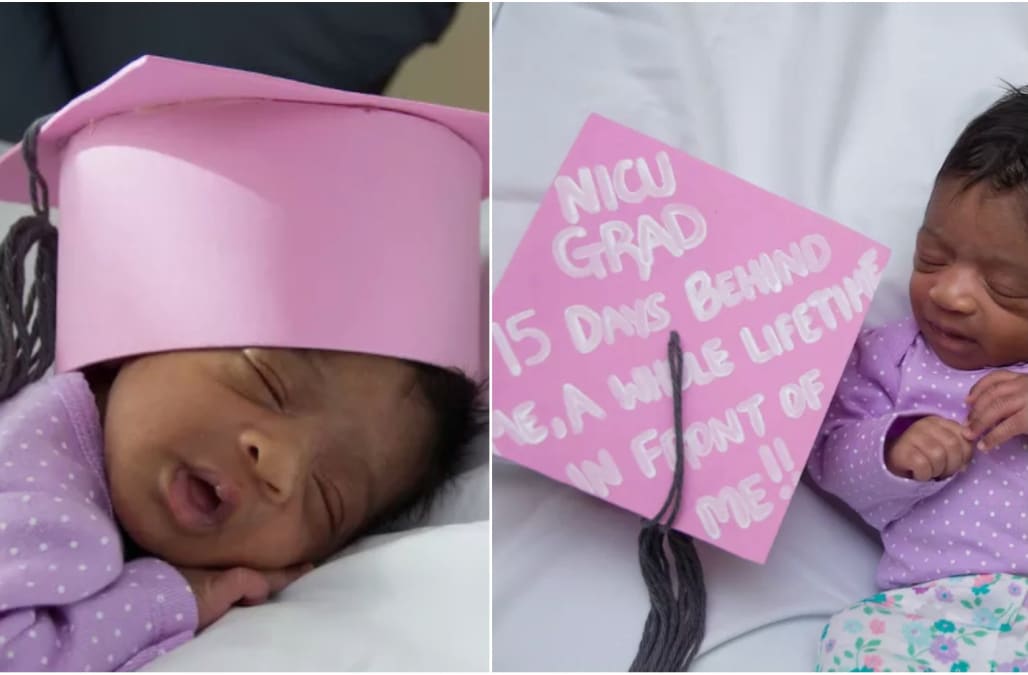 The babies in the neonatal intensive care unit (NICU) at CaroMont Medical Center in Gastonia, North Carolina, got a special surprise!

The hospital staff at Birthplace, a birthing and family care center at CaroMont, is holding mini ceremonies for the tiny patients born 6 or more weeks premature that are ending their stay in the unit.

The majority of babies admitted to the NICU are born prematurely (born before 37 weeks of pregnancy), have a birthweight of fewer than 5.5 pounds, or are diagnosed with a medical condition that requires intensive care. The unit is staffed by a team of doctors and nurse specially trained in newborn care who treat the infants until they are healthy enough to go home.

See photos of the tiny graduates:

Nurses honor tiny 'graduates' leaving the NICU
Up Next

"We make sure these babies are being fed and cared and loved for, and of course that the parents get to bond with them while they're in the NICU," a nurse with the CaroMont NICU, Melissa Jordan, told BuzzFeed Health.

And when the newborns are discharged, Jordan, 28, and her colleagues honor the babies with a graduation cap and a special photo shoot.

Jordan and her team construct the caps out of foam sheets that come in a variety of colors, designing each cap with the message, "X days behind me, a whole lifetime in front of me," with the number of days the baby spent in the unit.

Jordan began the graduation ceremonies after helping care for a newborn who spent two months in the NICU about six months ago.

SEE ALSO: Lana the Labrador, the 'saddest dog in the world,' is homeless again

"We had a baby born at 29 weeks gestation so he was in the NICU for over two months, and when he was finally ready to discharge, the family came and brought this onesie that said 'NICU grad'," Jordan said. After seeing the adorable outfit, she was inspired to continue the tradition.

Now, on every prematurely-born infant's last day, their family can expect a specially hand-crafted graduation cap and professional photo shoot by Bella Baby Photography, which takes the photos free of charge.