Car dealership says panhandler rejected job offer: 'I make more money than any of you' 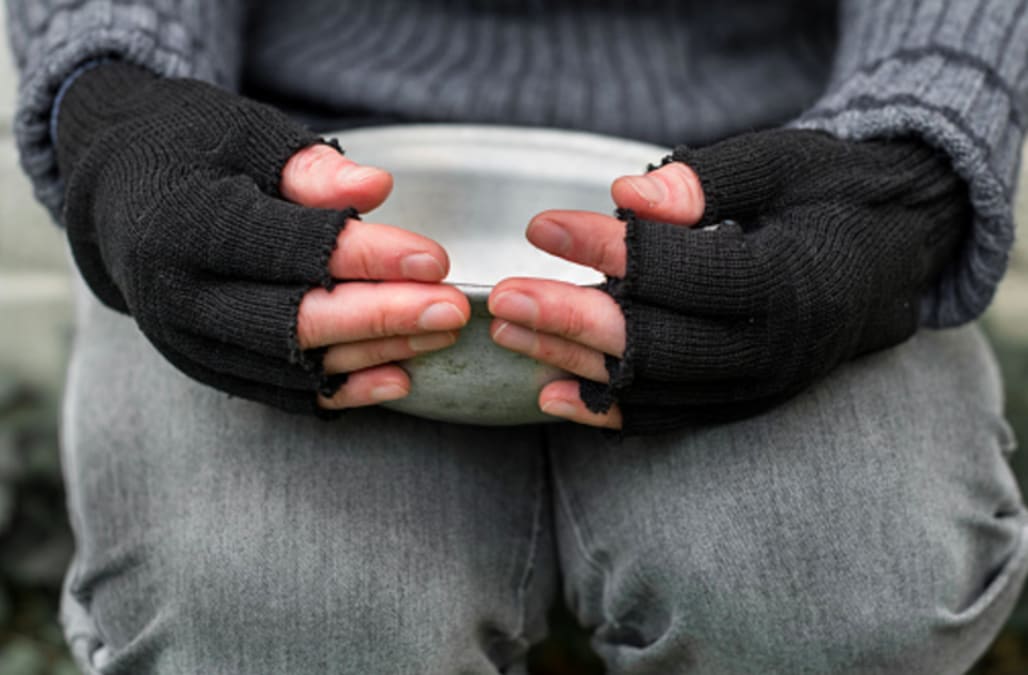 A Brighton, Michigan, car dealership posted a sign to discourage people from giving money to a local panhandler after he turned down a job that managers allegedly offered him.

According to Brighton resident Felicia Tubbs, the man in question and a second panhandler, thought to be his son, had stood on a road near the dealership every day for about a year with signs reading, "Homeless, please help."

But after managers at the Brighton Honda dealership allegedly tried to offer the man a job to help him out, he rudely turned them down, saying he made more money than any of them just from begging.

Managers at the dealership proceeded to display a prominent sign under the hood of one of their cars as a public service announcement, according to WDIV.

It reads, "Please do not give anything to this panhandler. We offered him a full-time job at $10 per hour. He said, 'I make more than any of you,' and he did not want the job. Please donate to a more worthy cause."

The sign, which has since been taken down, went viral on social media and garnered a lot of attention from residents in the area.

"It's a scam," Brighton resident Dan Golem told WDIV. "People like me, people like you, we're working trying to provide for our families, and they're just standing there."

Felicia Tubbs, who works at the Shell Gas Station across the street, echoed the same sentiment.

"I don't like them standing there. No one else does, either. I think it's great that the dealership put some effort into trying to get rid of them," she told the outlet.

Police eventually intervened and arrested the two panhandlers on June 13th for vagrancy and disorderly conduct.

However, Tubbs told WDIV that she saw the same men back on the street asking for money shortly after the arrest.

She said she snapped a photo of the men holding new signs that read, "You can't afford a one-bedroom apartment on $10 per hour," and, "The median income in Livingston County is $70,000."

More from AOL.com:
Trump doubles down on criticism of Qatar, undermines US State Department in the process
Rosie O’Donnell snubs Trump with large donation to accused NSA leaker
In Midwest, some concern about Russia, but worries at home win out