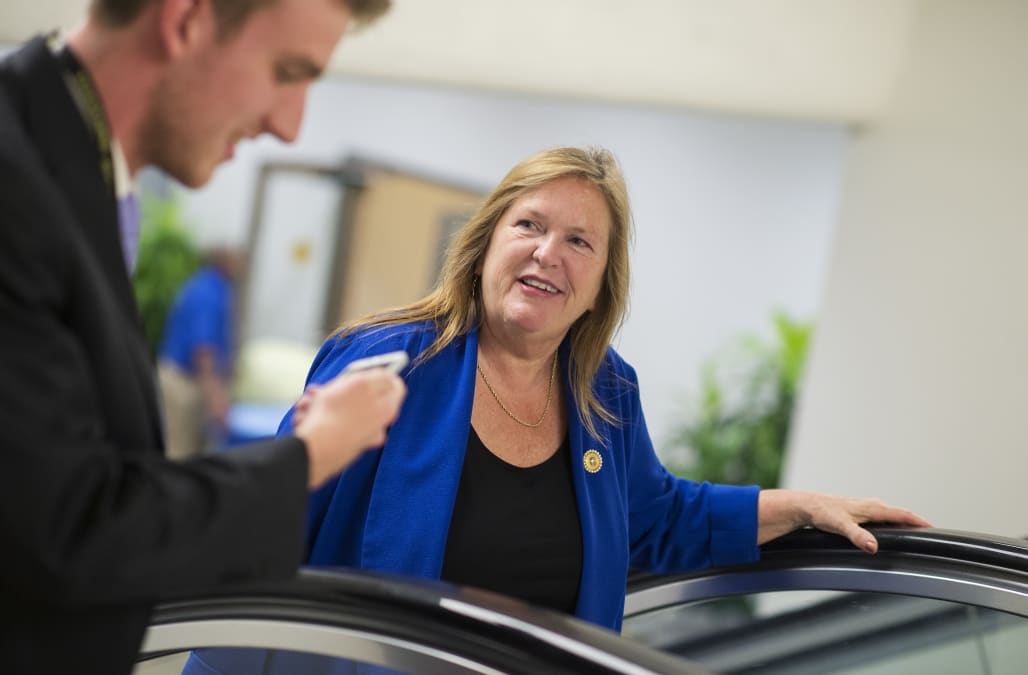 Wolf Blitzer's interview with Jane Sanders took an unexpected turn Thursday as the CNN host and the wife of the former presidential candidate sparred over the media's role in the current national political environment.

The interview followed news report Wednesday that the alleged gunman who opened fire on GOP lawmakers at a congressional baseball practice early Wednesday was a volunteer on the Sanders presidential campaign.

Blitzer had a clip ready to go, showing Sanders saying that Trump is perhaps the "worst and most dangerous president in the history of our country."

Asked whether she thought her husband went too far, Sanders seemed to turn the table, blaming the media for fanning the flames of political discourse.

"I think the media needs to look at itself as well," she said. "The media characterizes every conversation as an adversarial one. Your job, the media's job, I think, is to illuminate the facts, not fan the flames...And the media continues to cover the latest scandal, the latest back and forth, but not the issues so much."

The normally stoic Blitzer wasn't having it: "If a president or a senator or someone of authority is making very, very strong statements, you want us to simply ignore those statements, if there's a social media post, a tweet and the president says something really, really strong....do you want us to censor those words as part of the news media?"

The back and forth looks a testy undertone with Blitzer defending the media and Sanders insisting that the media should "focus on the issues" rather than "who said what."

Since the shooting, some lawmakers have linked the current political discourse to the incident. House Majority Whip Steve Scalise (R-La.) was one of several people wounded in the shooting Wednesday, and he remains in the hospital.