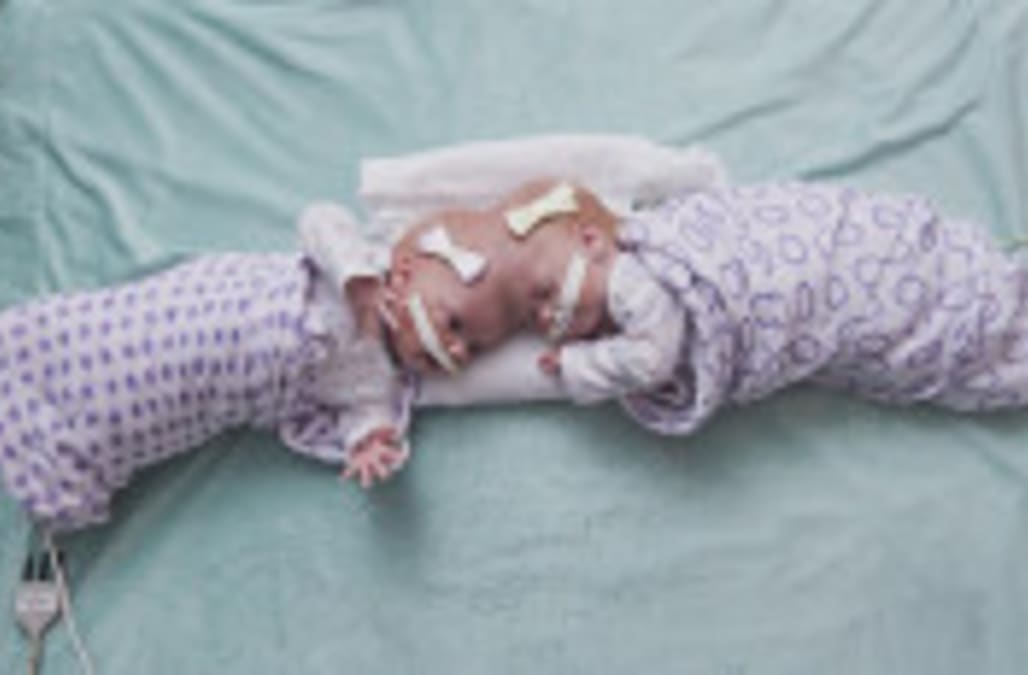 The hospital said that Erin and Abby Delaney of North Carolina are currently recovering in the intensive care unit after last week's procedure.

"Separating conjoined twins is a very complex surgery followed by a long and complicated recovery, but we are very hopeful for a positive outcome," Dr. Jesse Taylor said in a news release.

Taylor, a plastic surgeon, led the multidisciplinary team of 30 people.

This procedure was the 23rd time the hospital has separated conjoined twins in the past 60 years. It's the first involving children joined at the top of the head --a condition known as craniopagus, which is the least common type of conjoined twins.

Their shared blood vessels and the membrane surrounding their brains were separated before the team split into two groups to perform the reconstruction of each patient.

The girls were born 10 weeks prematurely in late July.

The hospital said that the girls will likely require extra surgery.

"When we go home, it's going to be a big party," their mother, Heather Delaney, said in a statement released by the hospital. "Welcome home, baby shower, first birthday."

They are expected to return home to North Carolina later this year.