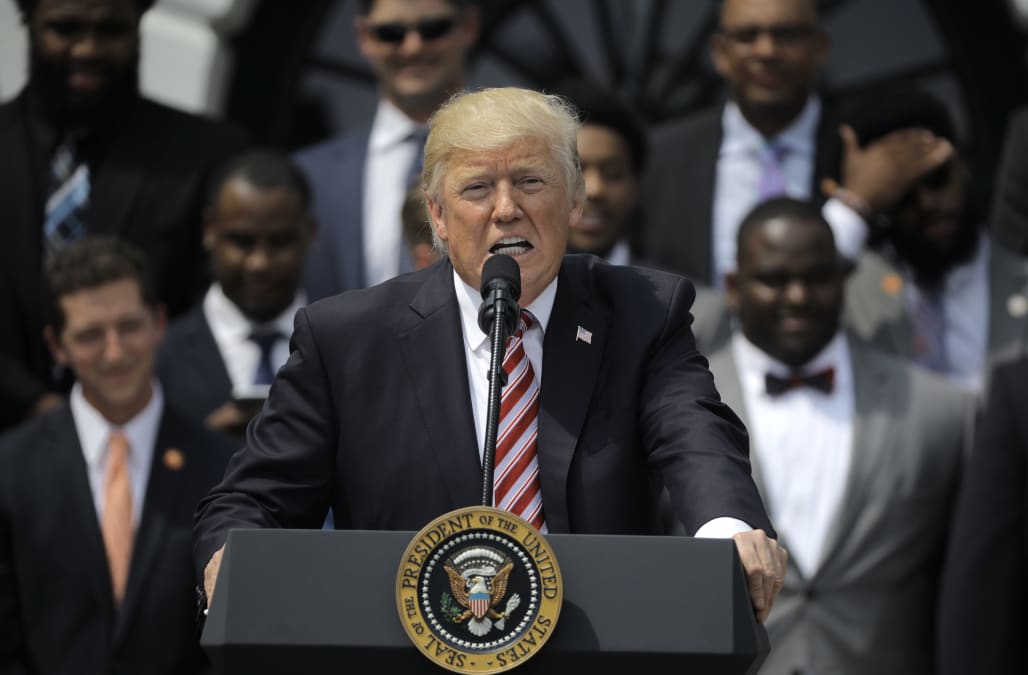 Officials at a New Jersey high school removed images of President Donald Trump for the second time this week.

Students in an art class at Morristown High School were told to draw a political cartoon, WPIX reports.

Liam Shea, a junior, produced two images. The first was a pig-like Trump holding a cat in front of an American flag that was ablaze, and the second was the president riding a missile while taking a selfie.

Principal Mark Manning ordered that both pieces be removed after less than one day on display.

"I saw it," Morris High School senior Nicole Roberts told WPIX. "I thought it was funny."

She criticized the school's decision to have the art removed.

"It's just supposed to be your creativity and expressing yourself, and by taking it down, it kind of ruined someone's thoughts," she continued.

Neither Manning nor the Morris Schools superintendent chose to respond to multiple requests for comment.

Kelly Zeiss Shea, the mother of the high school artist, did not want to be interviewed. She indicated to WPIX that the exposure her son Liam has gotten for his artwork has been good overall.

He is getting offers from across the country to purchase his artwork and requests to have it printed on shirts for sale.

This week, 65 miles away at Wall Township High School, students received their yearbooks. It was clear that students who were wearing pro-Trump shirts had the logos removed through Photoshop.