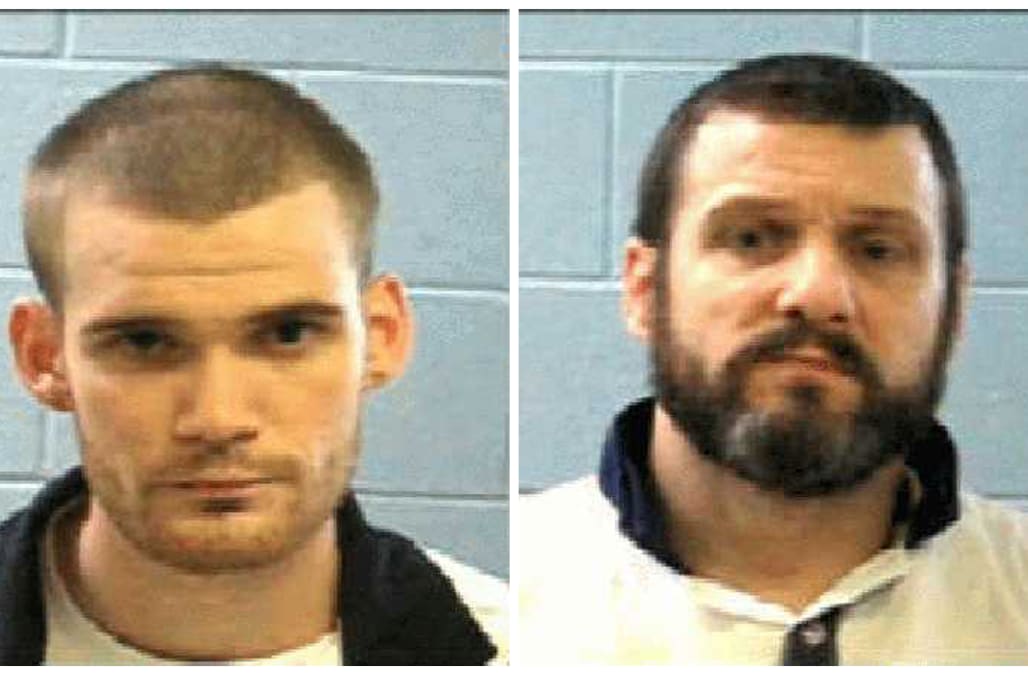 Sills, who called the prisoners "dangerous beyond description" after their Tuesday sunrise escape, told reporters on Wednesday afternoon that the fugitives were likely no longer in the area. "This is a very fluid nationwide investigation."

Donnie Rowe, 43, and Ricky Dubose, 24, both serving time for armed robbery, escaped in rural Putnam County, about 70 miles (110 km) southeast of Atlanta, as they were being transported with 31 other inmates to another prison.

The fugitives each have 9-millimeter guns they took off the prison officers they killed, said Sills, correcting information he gave on Tuesday about their likely weapons.

"They just murdered two corrections officers in a brutal fashion. They're not concerned with anything regarding human life," Sills said.

Ricky Myrick, assistant commissioner of the Georgia Department of Corrections, who appeared with Sills at a press conference, said the inmates were most recently cellmates at Baldwin State Prison and had been cellmates at other Georgia prisons.

"They have known each other for quite a while," said Myrick.

A white 2008 Ford F-250 Super Duty two-door pickup truck with a dent in the right quarter panel and tool boxes on its sides was stolen about 9 miles from the site of a Tuesday home break-in in Madison, Georgia.

The pair stole clothing from the house about 25 miles north of where they had escaped, and authorities found discarded prison clothing there on Tuesday.

Myrick said it is a possibility that Rowe and Dubose had planned the escape, but that they were not informed of their transfer on Tuesday.

The pickup truck was the second vehicle the pair have stolen, Sills said. Immediately after their escape, they carjacked a green Honda Civic. The driver of that car was unharmed.

Sills said the Honda has not been recovered, and he cannot say whether Rowe and the heavily tattooed Dubose have split up in separate vehicles or are traveling together in one, most likely the truck. Among Dubose's tattoos are one each over his eyes.

The pickup truck was taken from a rock quarry business, Sills told reporters, adding that the pickup was taken sometime after the business closed at 6 p.m. ET (2200 GMT) Tuesday and when it reopened about 6 a.m. (1000 GMT) on Wednesday. (Reporting by Bernie Woodall; Editing by Richard Chang and Andrew Hay)