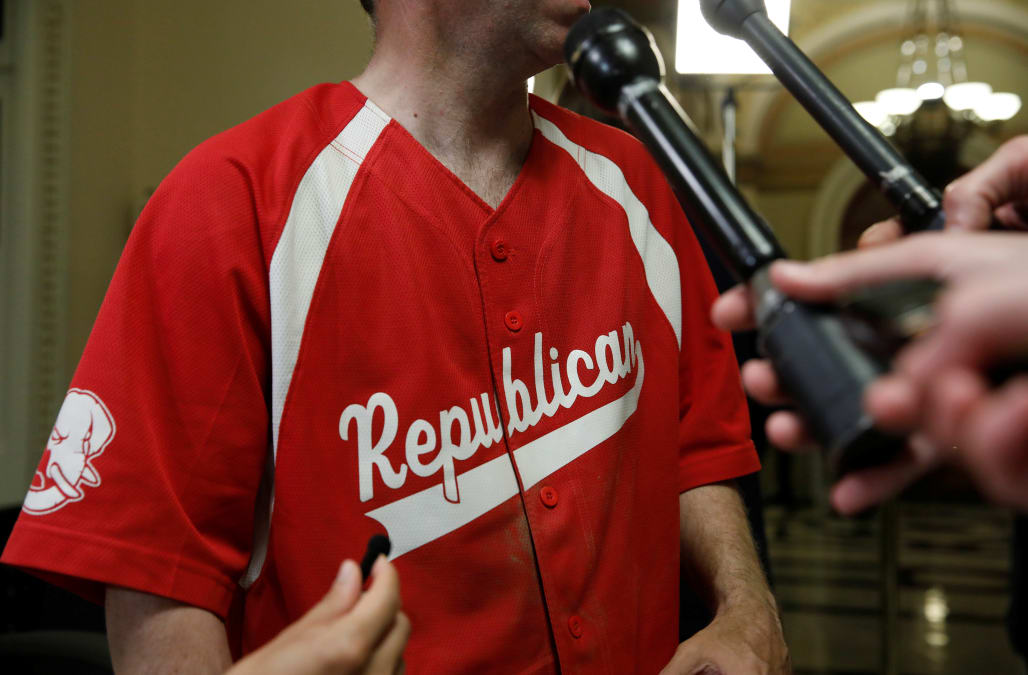 In the aftermath of Wednesday's shooting at a congressional baseball practice in Alexandria, Virginia, which left House Majority Whip Steven Scalise and several other people injured, left-wing Twitter users are being called out for mocking and "celebrating" the attack.

"Alexandra is the direct result of Scalise's votes and teabagging beliefs. Love karma. This is what you vote for trumpsters, No Whining," Twitter user @1976StEtienne wrote.

Others online used the attack as a chance to criticizes Scalise's stance on health care.

Controversial reactions online to congressman shooting
@VP @SteveScalise Dear Scalise. Glad you're alive, but I really hope it hurts. #NRA
Does being shot in the hip affect your stance on gun rights? #scalise
ahh yes. definitely blame this shooting on...the Congresswoman who was shot in the head https://t.co/PsupLsw6uG
So Rep. Steve Scalise, who once spoke at a white supremacist event sponsored by David Duke (google it) was SHOT today in Alexandria.
Up Next

User @brownandbella wrote shortly after the news broke, "Good thing members of Congress have great healthcare so Scalise won't have to worry about going bankrupt dc of hefty medical bills."

Former Arizona Rep. Gabby Giffords, who was seriously wounded in a mass shooting in 2011, was attacked by Twitter users after she shared her support for the victims in Wednesday's shooting. With some users blaming the attack on her, and some going as far to say she "staged this for another gun-grab attempt."

Left-wing media personality Tariq Nasheed shared the following reaction to the shooting: "So Rep. Steve Scalise, who once spoke at a white supremacist event sponsored by David Duke (google it) was SHOT today in Alexandria." He was then called out on Twitter by users for encouraging violence in the shooting's aftermath instead of denouncing it.

Multiple Democratic politicians have expressed their support for the victims. Sen. Bernie Sanders, who is prominently featured on the shooter's Facebook page, released a statement saying, "Our prayers go out for a full recovery of Rep. Scalise, the congressional aides and police who were injured. We've got to stop the violence."

"Horrified by what happened in Alexandria this morning. My heart goes out to Steve Scalise, staffers, the US Capitol Police & their families," wrote Democratic Senator for California Kamala Harris.