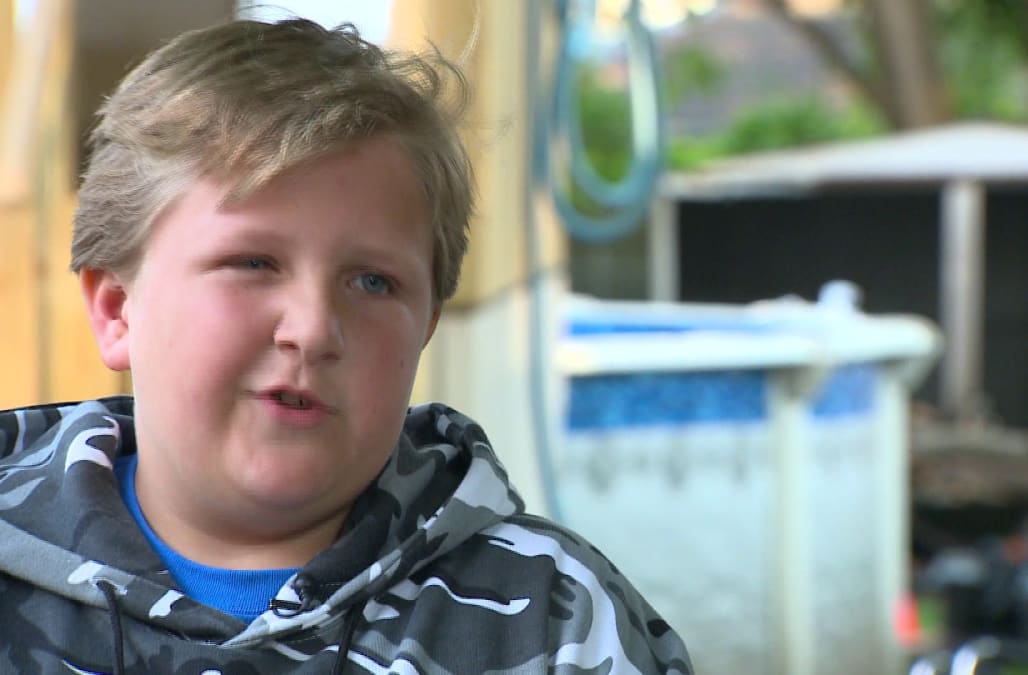 TORRINGTON (WTIC) – A young boy is being hailed as a hero after he saved his grandfather from drowning in a pool early Saturday morning.

Noah Humphrey, 11, is your typical boy who loves to spend time with his grandfather and go to one of his favorite places, the backyard pool.

However, around 9 a.m., something unexpected happened. As Noah was tanning on the deck, he saw his 57-year-old grandfather try to stand up but couldn't. That is when he became unresponsive and suffered from a stroke.

"He fell under water and couldn't get back up," said Humphrey.

Noah immediately called 911 and waved down first responders, so they knew how to pull into 92 Calhoun Drive. This was also not the first time Noah had saved his grandfather.

"Well, I have a lot of experience because he falls a lot because his legs aren't stable and I usually always know what to do," added Humphrey.

Throughout the frightening moment, his family said he was impressed Noah was able to stay so calm.

The bond between Noah and his grandfather has been unbreakable. He said they spend a lot of time watching TV and playing board games.

Noah's mother, Caroline Humphrey, said she was a very proud mother and shared the good news on her Facebook page.

"If he wasn't there and didn't jump in the pool, it could've been a lot worse than it was because his grandfather was unresponsive. He was like knocked out for some reason," said Caroline.

Even though neighbors are calling Noah a hero, he said he was just trying to do what was right.

"I just think of myself as someone who helps," added Humphrey.

Noah's grandfather is currently in the hospital recovering and is expected to be okay.