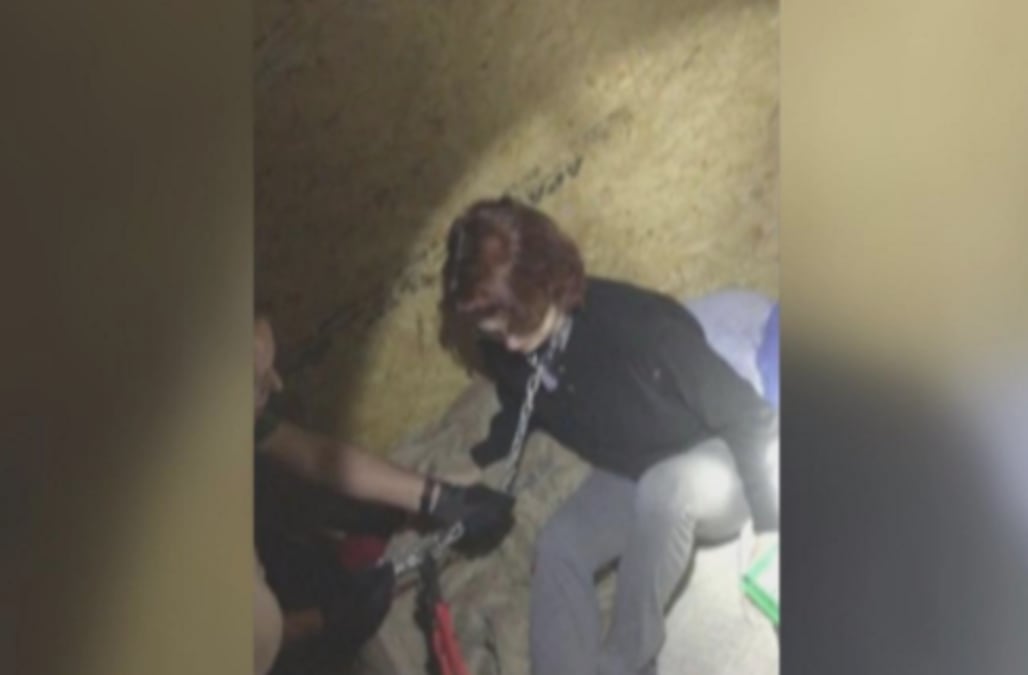 A newly released video shows the shocking moment a South Carolina woman was freed from a shipping container that a serial killer held her in after killing her boyfriend.

Prosecutors released that video in tandem with another tape of killer Todd Kohlhepp's confession to local media on Friday.

Once they break through, they open the crate and walk through. There they find Brown sitting on a makeshift bed on the wall with a chain around her throat.

"My neck's attached to the wall," Brown tells police in the video. 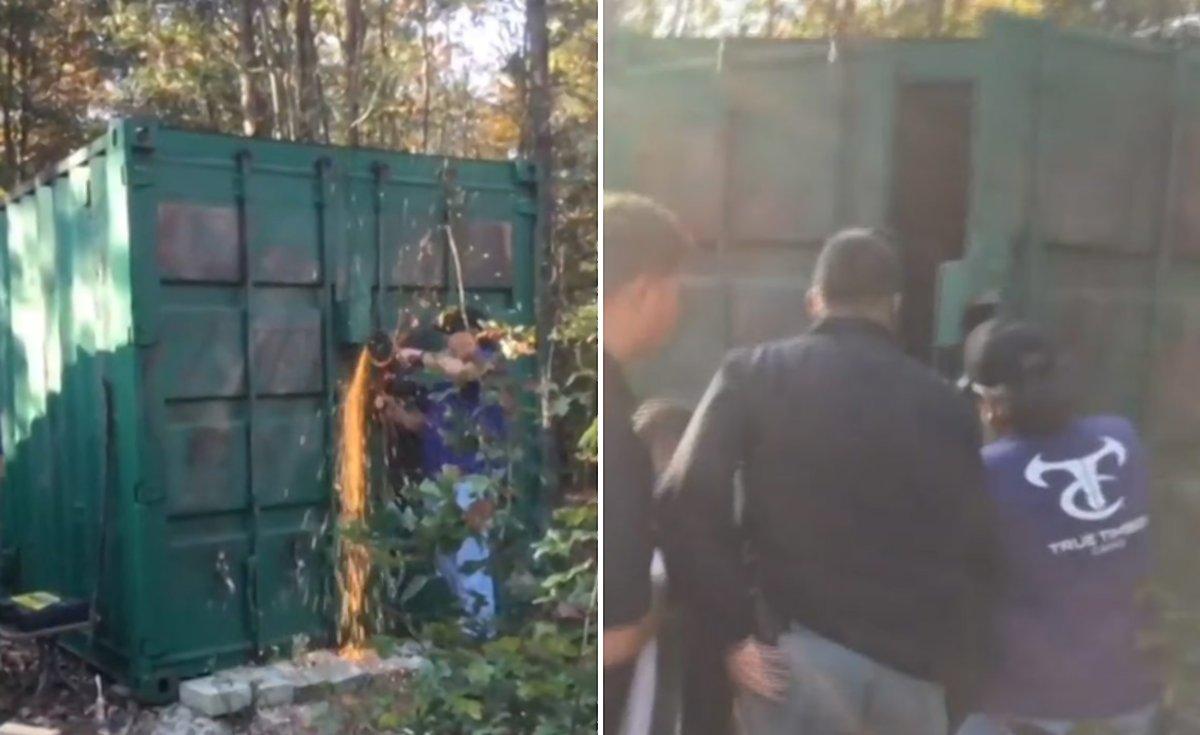 "We're getting bolt cutters, honey," one of the officers assures her.

Police then cut her free and guide her out.

Someone then asks Brown what happened to Charles David Carver, her boyfriend.

His body was one of three that investigators found after they rescued Brown on Nov. 4.

In May, Kohlhepp pleaded guilty to killing Carver, as well as four people at a motorcycle shop in 2003 and a married couple that'd been missing since 2015.

He was sentenced to seven consecutive life sentences, plus another 60 years for murder, sexual assault and kidnapping.

More from AOL.com:
What happens when babies disappear without a trace: 'Until I see a body, I'm going to believe he's alive'
"Shut up, slave": Chicago man goes on racist rant in Starbucks
TV reporter finds man wanted for attempting to lure teen, confronts him