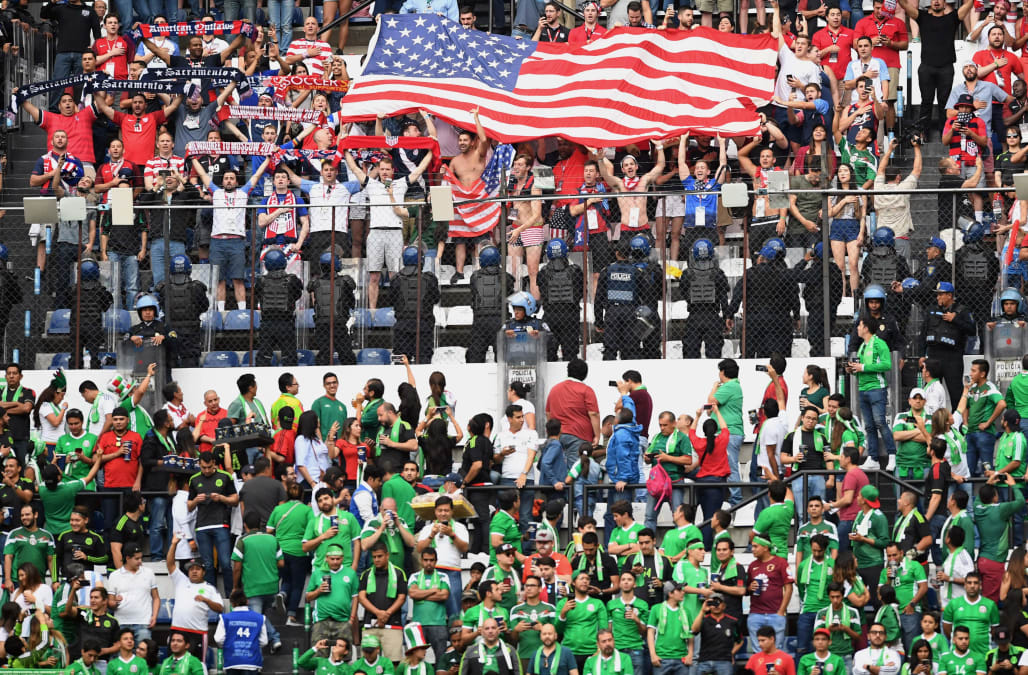 Thousands of soccer fans loudly booed the United States national anthem when it was played at Mexico City's Estadio Azteca before the two countries faced off in Sunday night's World Cup qualifier game.

Thousands of fans jeered and refused to stand as the Star-Spangled Banner played over the sound system, making their dislike of the United States known.

While Mexican fans booed during the national anthem, they celebrated their team's one goal of the night by hurling slurs towards American fans, who slung back insults in retaliation, according to the Miami Herald.

The game ultimately ended in a one-to-one tie, giving both teams one point towards qualifying for the World Cup.

More from AOL.com:
Saudi Arabia draws outrage after failing to participate in moment of silence before match
Nadal destroys Wawrinka to claim record-extending 10th French Open title
Most people still get the name of the NHL's championship series wrong