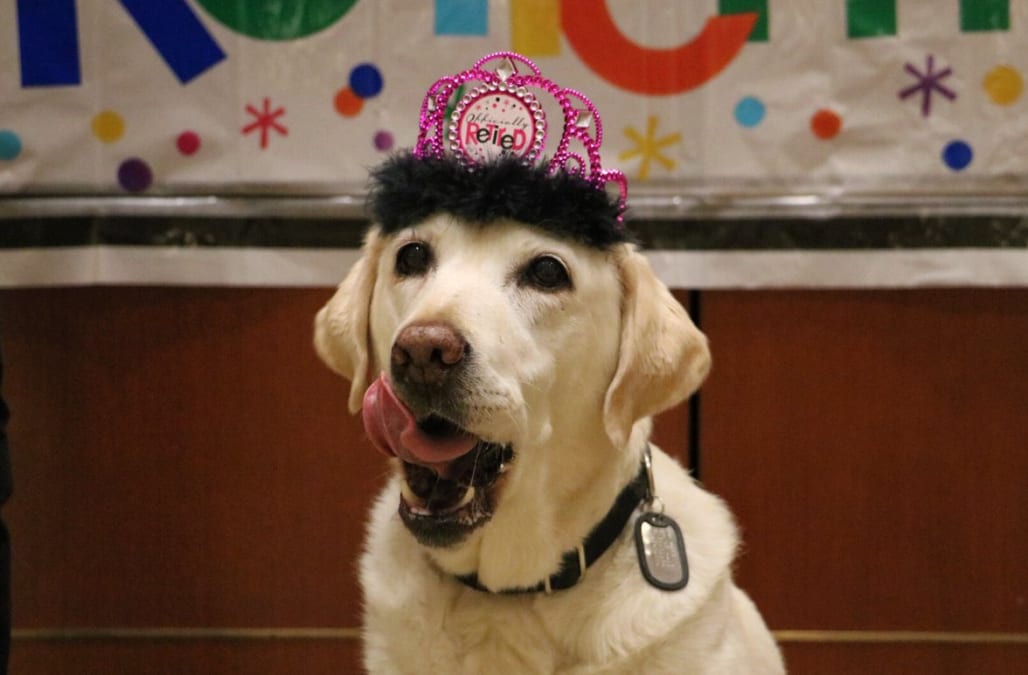 Last Thursday, a service dog named Gema retired from her post at the Orlando International Airport. After nearly five years of work, the Golden Labrador celebrated her retirement with a party.

Gema was treated to a crown, a bone and a visit from her doggie best friends. The airport Twitter account shared adorable photos of the party:

Gema will send her post-career life with a handler named Eddie.

More from AOL.com:
NYC subway riders stuck for an hour without lights or air conditioning
Man bitten in the face by another passenger's emotional support dog on Delta flight
China Eastern flight lands safely in Sydney after engine problem