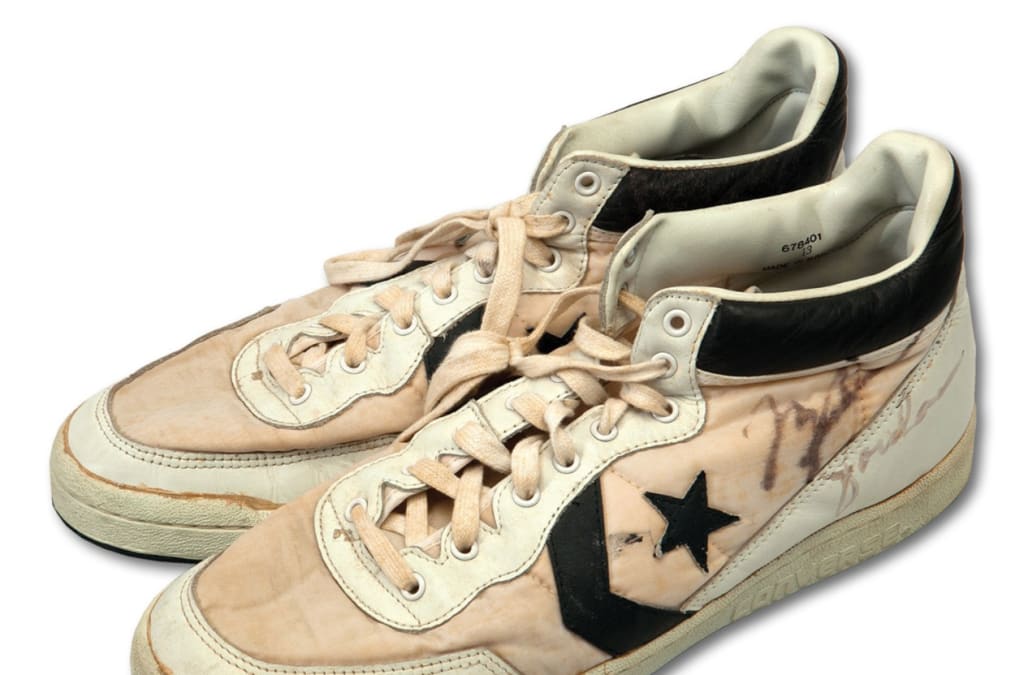 Air Jordan sneakers sell at a fairly high price with some going for upwards of $250, sending people to search for a pair of used sneaks.

However, this pair of used sneakers didn't sell at a discount. They broke a record selling for a whopping $190,000.

The difference is that these actually caught air on the feet of Michael Jordan.

Michael Jordan during the 1984 Olympics

Basketball player Michael Jordan clenches his fist while sitting on the bench during a game at the 1984 Olympics in Los Angeles.

Michael Jordan #9 of the 1984 USA Olympic Basketball team shoots a jump shot during the 1984 Summer Olympics July 1984 at The Forum in Inglewood, California.

Michael Jordan of the USA competes in the men's basketball tournament of the 1984 Summer Olympics.

Michael Jordan from USA during the men's basketball tournament at the 1984 Summer Olympics.

US basketball player Michael Jordan is about to shoot during a match against Spain at Los Angeles on April 04, 1984 during the Olympic Games in Los Angeles. The United States team won the gold medal.

Michael Jordan from USA during the men's basketball tournament at the 1984 Summer Olympics.

The Converse high tops were worn by Jordan during the 1984 gold medal Olympic game against Spain.

According to the SCP auction, they are the last pair MJ wore in competition as an amateur.

The shoes were given to a then 11-year-old ball boy who happened to be the son of Gail Goodrich.

The basketball legend signed the shoes after the game and gifted them to the boy who now, over 30 years later, has decided to part from his memento.

That's a pretty good return on a pair of used sneakers!