John McCain: 'As far as American leadership is concerned,' Obama is better than Trump 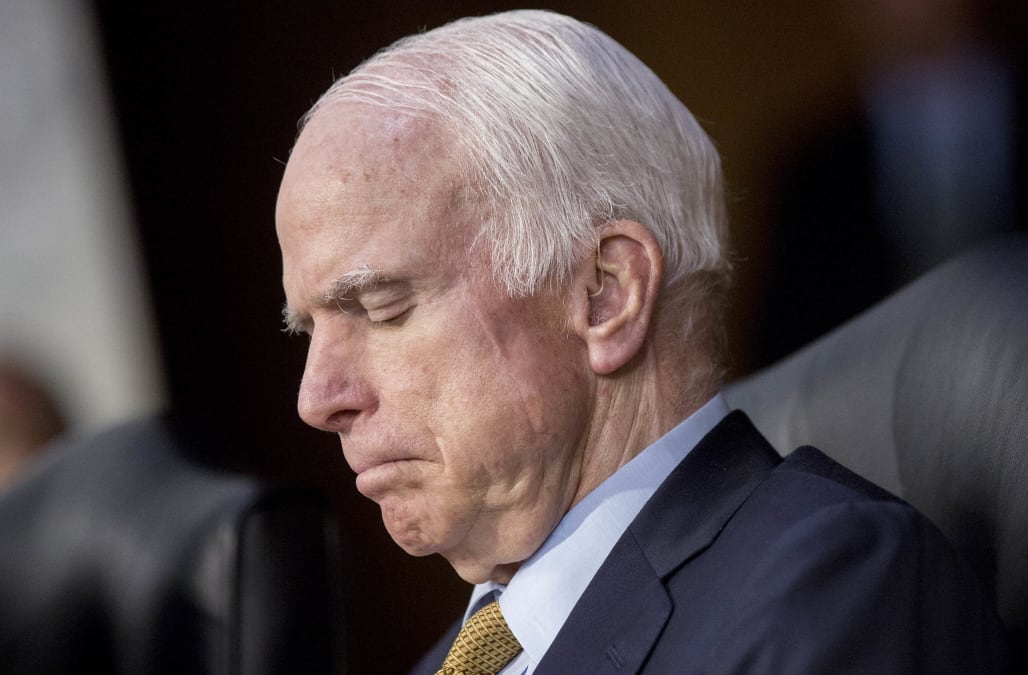 Sen. John McCain of Arizona gave a harsh critique of President Donald Trump's leadership on the global stage in an interview with The Guardian on Sunday.

McCain, a Republican from Arizona, was asked about Trump's criticism of London Mayor Sadiq Khan in the aftermath of ISIS-claimed terror attacks that rocked the city earlier this month. McCain said that "as far as American leadership is concerned," the US's global standing was better under Obama than under Trump.

"What do you think the message is?" McCain said of Trump's tweet to Khan. "The message is that America doesn't want to lead."

SEE ALSO: Theresa May is yet to take any real responsibility for her general election disaster