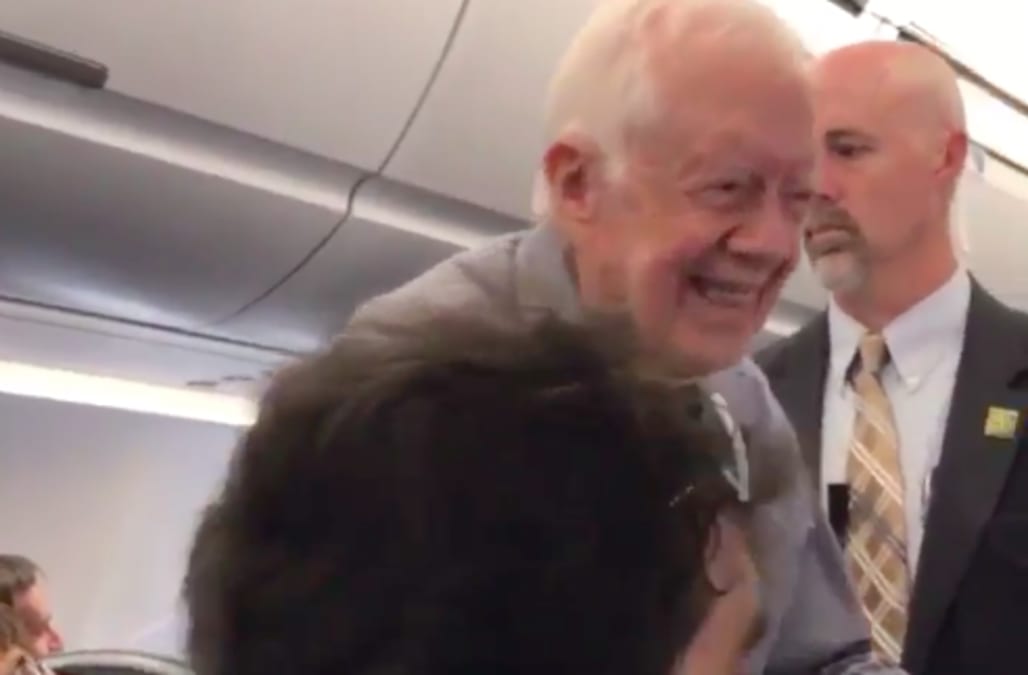 Presidents have been known to take on hobbies after their tenure in the White House is over -- like George W. Bush and his paintings. Former President Jimmy Carter has started an interesting habit when he flies: shaking everyone's hand.

The Hill reported that Carter did this on an Atlanta to Washington, D.C. flight and January, and last week the 92-year-old did the same thing.

The moment was captured by James Sheffield, who was flying to D.C. for Transgender Lobby Day according to WSB-TV. Sheffield shared a video on Twitter:

Jimmy Carter is on my plane to DC from ATL and just shook every hand of every passenger. #swoon#atl#deltapic.twitter.com/y6otolbhPj

"His enthusiasm was authentic and humble, in a way that made things feel less heavy for a moment," Sheffield told WSB-TV.

Carter's actions also captured hearts on Twitter, where the video received over 13,000 retweets and 35,000 likes.

See Carter through the years

More from AOL.com:
Former President Barack Obama visited George and Amal Clooney just before they became parents
Photo shows father's last moments before sacrificing his life for his son
A US Marine photographer shot these beautiful portraits of troops overseas