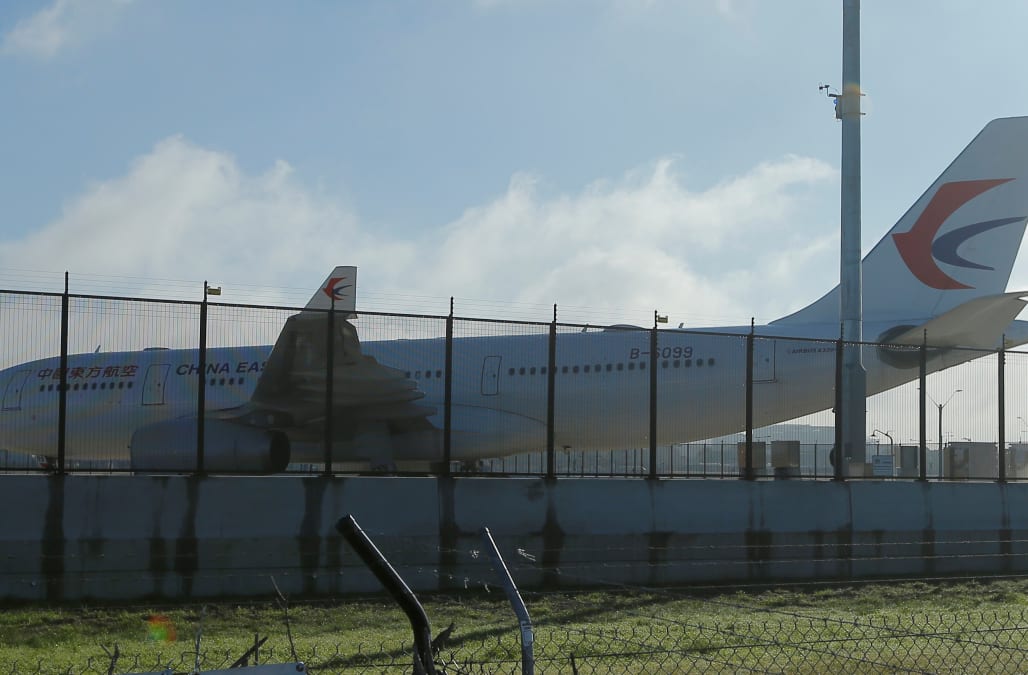 SYDNEY (Reuters) - A China Eastern flight bound for Shanghai was forced to turn back to Sydney because of a mid-air emergency, an airline spokeswoman said on Monday, with pictures showing a gaping hole in the casing of one of its engines.

The plane, an Airbus A330-200 twin jet, landed without incident late on Sunday and there were no injuries, said Kathy Zhang, general manager for the Oceania region at China Eastern Airlines.

"The crew observed the abnormal situation of the left engine and decided to return to Sydney airport immediately. All passengers and crew members were landed safely," she said.

Photographs published by several Australian media outlets showed a large gash well over a meter long in the casing of the left engine.

The Australia Transport Safety Bureau was starting an investigation and an update would normally be available within a month but could come sooner if a "more serious issue" was identified in its early stages, Bob Armstrong, a spokesman for the bureau said.

A spokeswoman for Rolls-Royce, which manufactured the plane's Trent 700 series engines, said in a statement: "We are aware of the incident and will be working closely with our customer and relevant partners to understand the cause of the issue."

An Airbus spokesman said the company was in contact with Rolls-Royce to determine what occurred, and it would support the investigation into the incident.

Professor Jason Middleton, an aviation expert at the University of New South Wales in Sydney, said it appeared that the engine cowling had been ripped away forward of the main compressor blade.

"When one of these things happens you often don't know how the damage began. It could have begun from loose screws," he told Australian Broadcasting Corp News.

Ground-handling company Cathay Pacific had inspected the plane before take off, Zhang said. The company was not immediately available for comment.

"The engine for the aircraft is a big issue so we need to investigate with the governments, with the Rolls Royce company and with our headquarters as well," she said.

Television station Seven News reported that passengers heard a bang shortly after Flight MU736 took off and could smell burning before the flight turned back.

"We went up in the air and all of a sudden we heard this noise ... it kind of smelt like burning. Oh, I was scared. Yeah, I was really scared. Our group was terrified," one unidentified passenger told Seven News.

Another passenger, identified only as Eva, said the cabin crew tried to calm passengers and told them to fasten their seatbelts after a noise was heard.

"We were very panicked because we had no idea what was happening," she told Channel 9 television.