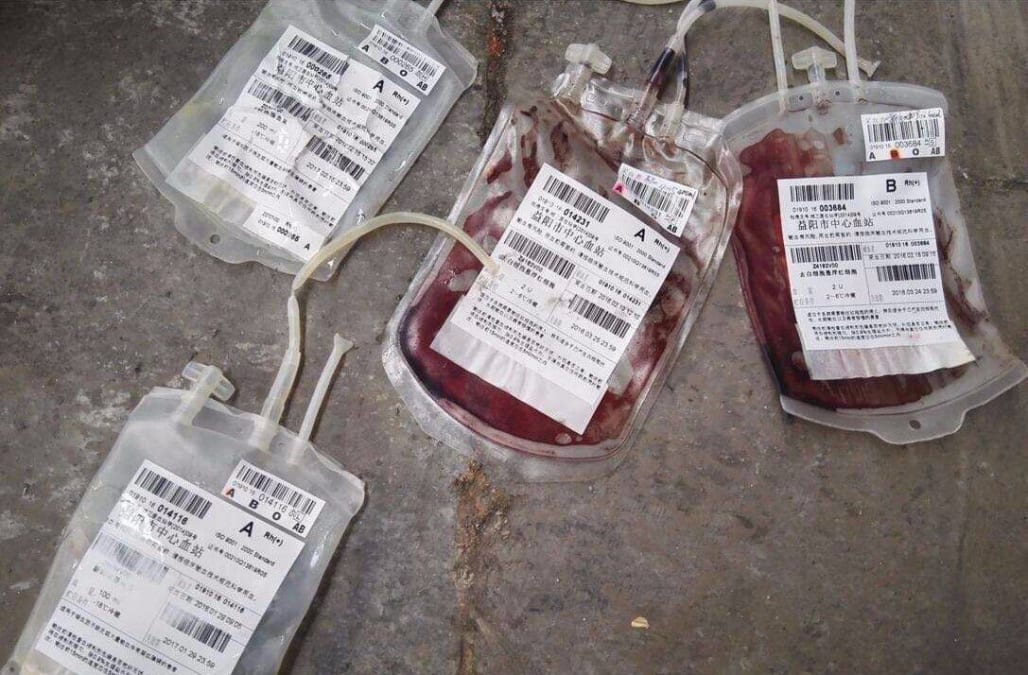 This is pretty graphic.

Police in China have busted an underground ring that was recycling plastic to resell to manufacturers.

The illegal operation was found with more than 140 metric tonnes of used medical supplies such as syringes, urine and blood bags.

SEE ALSO: Law-breaking pigeon busted with a bag of drugs strapped to its back

In alarming pictures supplied to local media, you can see warehouses and trucks full of used supplies strewn all over.

Workers were reportedly sorting and pulverising the plastic, while simply hosing off biowaste such as caked blood and urine, and letting the wastewater discharge into a drain.

The underground recycling ring, which spanned nearly five provinces in central and southern China, had been in operation since October 2015, according to investigators.

They obtained some of the medical supplies through hospital workers, as well as others from building management or food suppliers, who smuggled the waste out of hospitals, reported Outlook magazine.

See photos from this horrifying story:
​​​​​​

Several workers and a dealer revealed that the plant had bought waste for 2,000 yuan ($294.20) per metric ton. When the waste was processed into small, untraceable polypropylene plastic pellets, they were then sold at 5,000 yuan ($735.50) per metric ton.

The plastic recycled was sold for use in manufacturing pipes, and could have found their way to make items used in the food and medical industry, as well as furniture.

12 people who were involved in the underground recycling rings were convicted with polluting the environment in a Hunan, south-central China court last week.

The workers that had processed the medical waste didn't wear masks to protect them, authorities said.

This isn't the first time medical waste has been illegally recycled in China. Three men were prosecuted in eastern China last year for recycling medical waste into pellets, which were then sold to make items such as plastic toys for children.

WATCH: Relive this terrible confetti cannon story that had to have happened

More from AOL.com:
Traffickers lure Indian girls into sex slavery with 'Taj Mahal' promise
Trump tweets for his travel ban as multiple attacks investigated in London
College student who stabbed boyfriend might be spared prison because of her 'extraordinary' talent