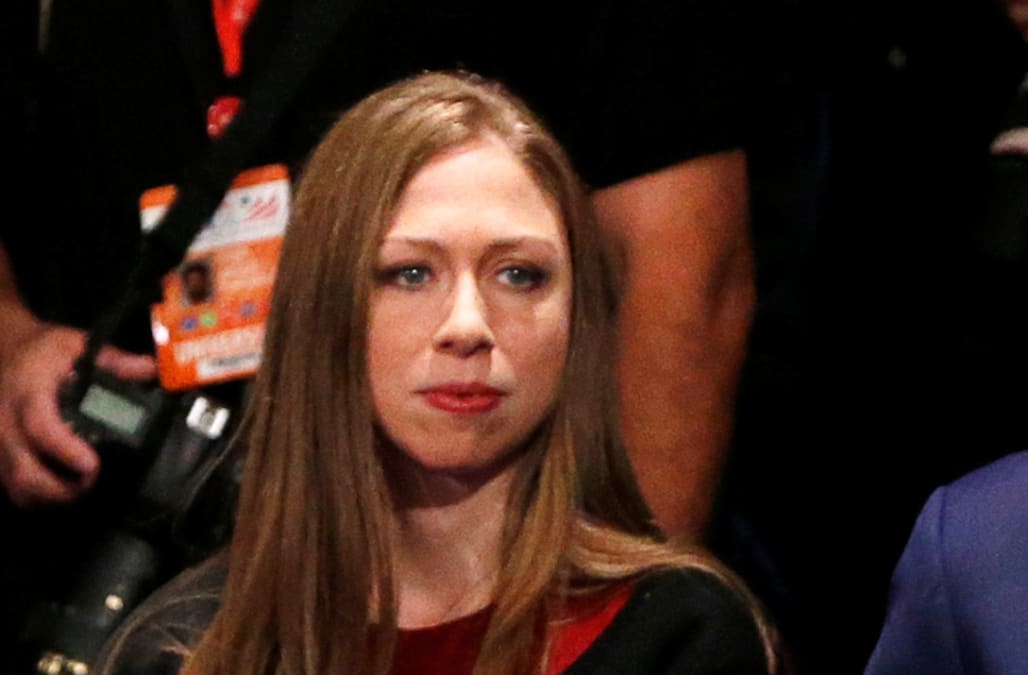 Megyn Kelly aired excerpts on Sunday from her interview with Alex Jones, a far-right commentator and conspiracy theorist.

The exchange is scheduled to air in full during the June 18 broadcast of her weekly NBC show, a move that has resulted in significant outrage and criticism directed at both Kelly and the network.

Among those opposed is former first daughter Chelsea Clinton, who tweeted, "There is no justification for amplifying lies (or a liar), particularly about unimaginable tragedy. I hope no parent, no person watches this."

There is no justification for amplifying lies (or a liar), particularly about unimaginable tragedy. I hope no parent, no person watches this https://t.co/nSt1MGGM2U

RELATED: Chelsea Clinton through the years

Notably, in the past, Jones has asserted that the mass shooting at the Sandy Hook Elementary School was a hoax, going so far as to say the grieving parents were actors, reports the Huffington Post.

The media outlet notes that Jones also "believes the Sept. 11 attacks were an inside job."

Many took to Twitter in disgust and protest over the normalization of such a figure.

The mother of one of the Sandy Hook victims posted a picture of her slain daughter and wrote, "Here you go @megynkelly – her name is Ana Grace Márquez-Greene. Say her name- stare at this & tell me it's worth it."

Another Twitter user pointed out, "Alex Jones says 20 dead kids at Sandy Hook were actors. @NBC and @megynkelly to give him a platform on FATHER'S DAY."

Kelly has defended the decision to air the interview, noting Jones' website and broadcast, 'InfoWars,' featured President Trump as a guest and was given press credentials for the White House.