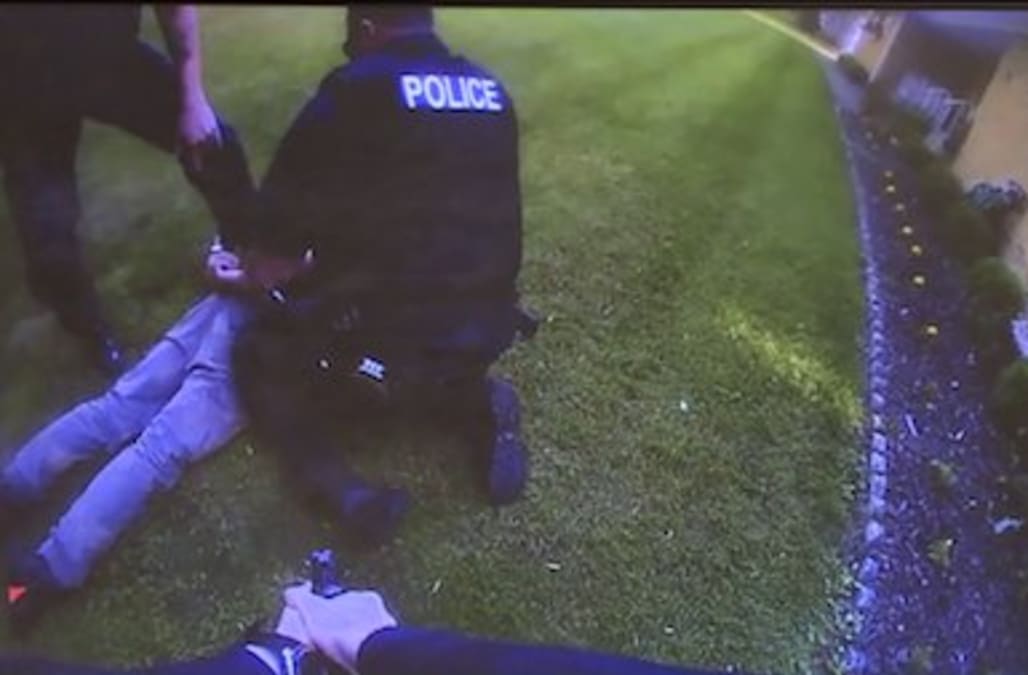 CLEVELAND (WJW) - The FOX 8 I TEAM has obtained police video showing a chase through suburban streets with patrol cars rammed, an innocent man hit and wounded in his front yard, and a pursuit on foot by an officer running with her gun drawn.

It happened last week through the streets of Lyndhurst and Highland Heights. And it started with simply a complaint about a vehicle parked on the wrong side of the road in Lyndhurst.

But that driver, police say, took off. Video reveals patrol cars chasing in the streets, and later, even as the driver plowed through back yards. Police video also shows the driver ramming police vehicles trying to get away. Finally, you see him running as an officer chases him on foot with her gun drawn. After about 30 seconds of the foot chase, Andrew Mehring surrenders.

Now, charges are piling up. Police say they found Mehring had been wanted for a robbery in Cleveland Heights. And the I TEAM found him on probation for a robbery, too.

As the driver sped through one yard, police say he hit and wounded a man outside his house. Police say that man spent the night in the hospital.

The courts are just beginning to deal with the fallout from all of this.