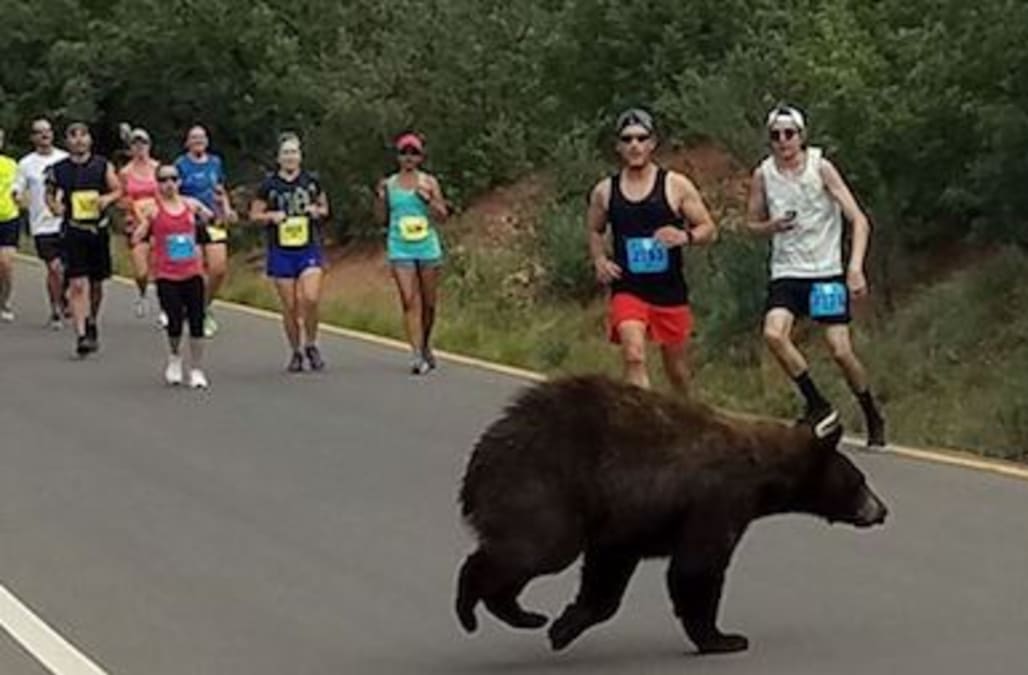 COLORADO SPRINGS, Colo. -- A few runners had a little extra spring in their steps after an unexpected competitor showed up during a race Sunday through Garden of the Gods.

Donald Sanborn captured a photo of the bear crossing in front of a group of runners in Garden of the Gods 10 Mile Run. 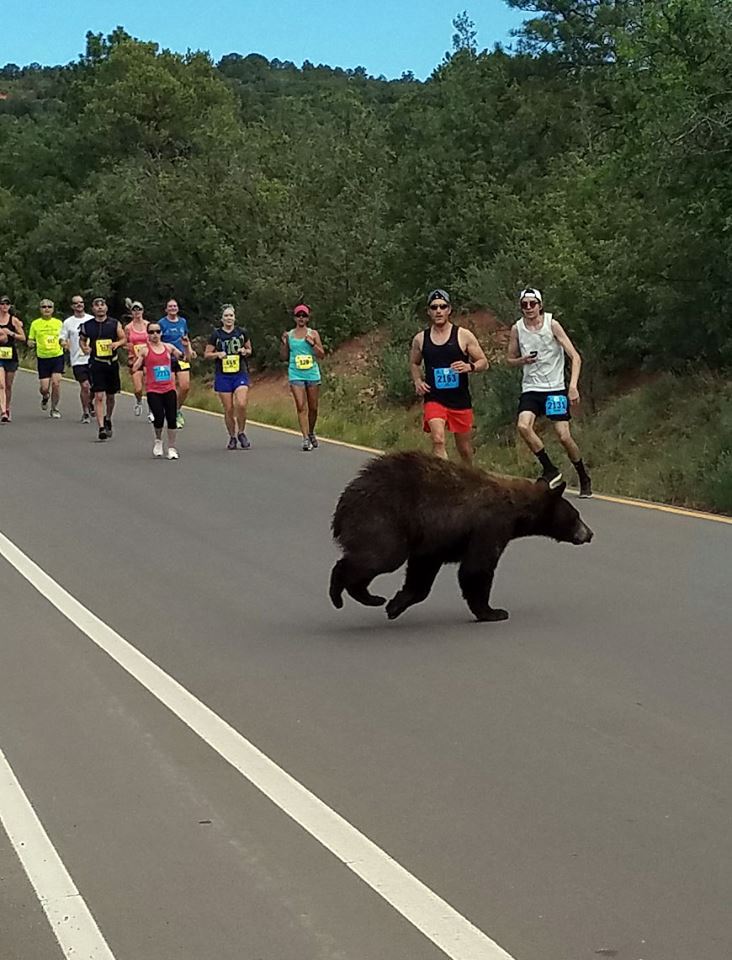 "Why did the bear cross the road? To scare the runners and make me lose precious time in the middle of a race!" Sanborn wrote on Facebook.

People on social media were quick to react.

"#2131 looks like he's about the go the other direction. I'd probably be right behind him," wrote Kylah Sutz Edgin.

"When running from a bear, one need not be the fastest, just not the slowest," David C Bates pointed out.

"This is why I don't run races. There could be a bear," Michael Ring said.