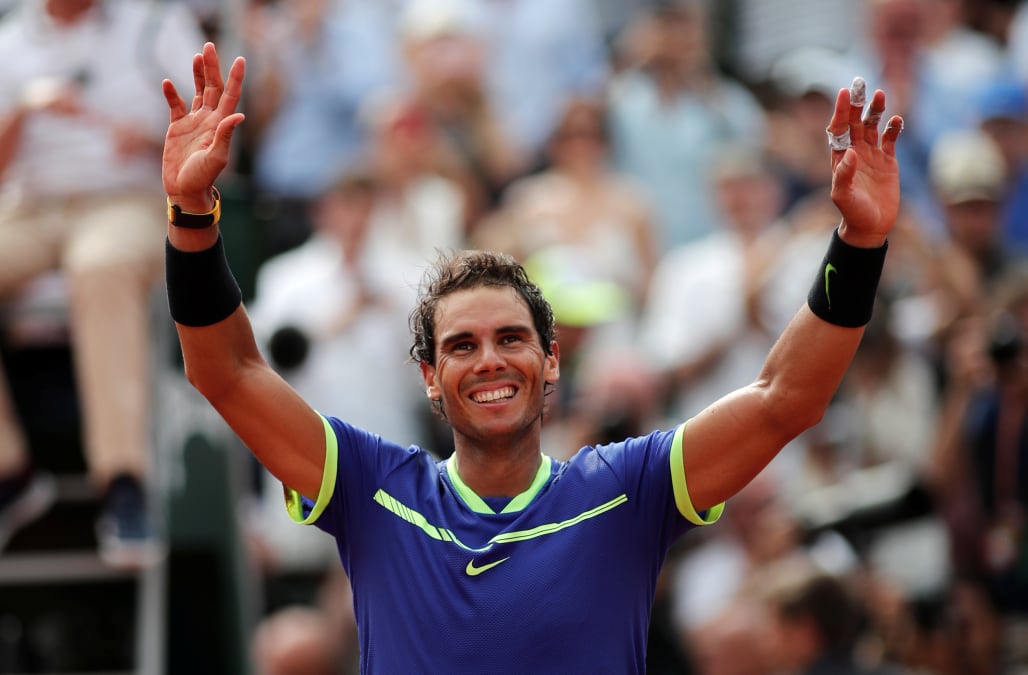 The fourth seed, who has lost only two matches at Roland Garros since his debut in 2005, is now just one short of Margaret Court's all-time record of 11 titles at a single grand slam.

Nadal, who has now won 15 grand slam titles in total, was never troubled in a one-sided final.

RELATED: Rafael Nadal through the years

He claimed the Musketeers Cup without dropping a set in the tournament for the third time, having lost only 35 games en route to achieving what has been dubbed 'La Decima'.

Wawrinka, who had won his three previous finals at a major, bowed out on the second match point when he sliced a backhand volley into the net. (Reporting by Julien Pretot; Editing by Toby Davis)

More from AOL.com:
Unseeded Ostapenko stuns Halep to win French Open title
The best photos from the week in sports: 6/2 - 6/9
Saudi Arabia draws outrage after failing to participate in moment of silence before match