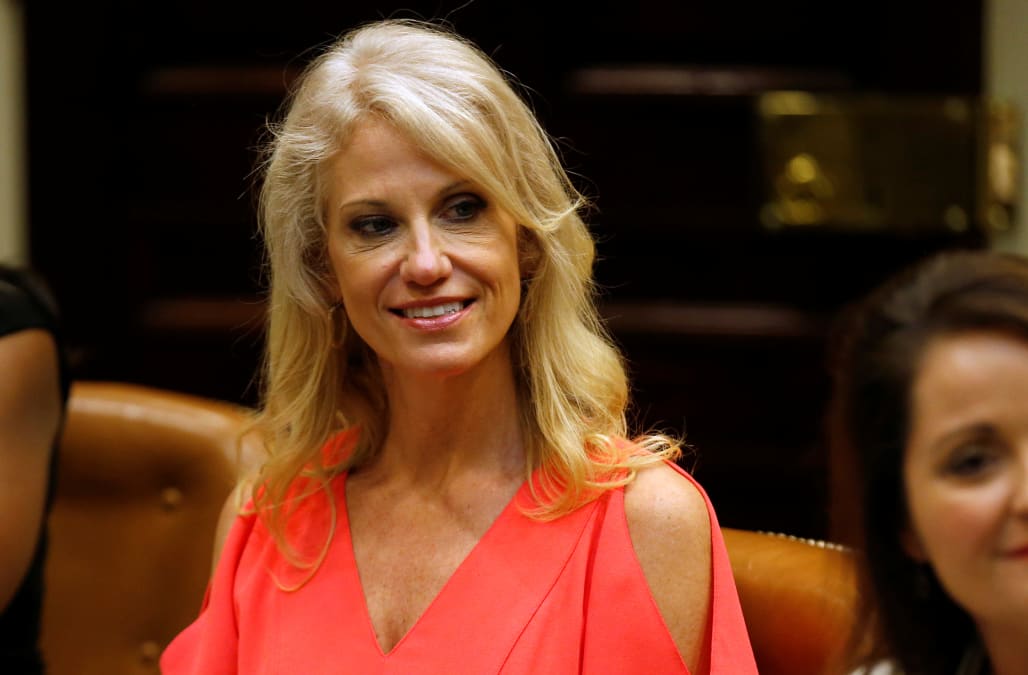 Kelyanne Conway may find fault with her White House colleagues, according to a new report.

According to Politico, Conway was overheard having an off the record conversation with reporters at the British Embassy Thursday night. The present source then created a Twitter account relevant to naming it @kellyannleaks.

She reportedly mimicked White House Chief of Staff Reince Priebus over leaks coming from the West Wing and questioned what legislative director Marc Short does all day.

Conway also reportedly said President Trump told her to "go out there and say Jim Comey is going to have to wait about the tapes."