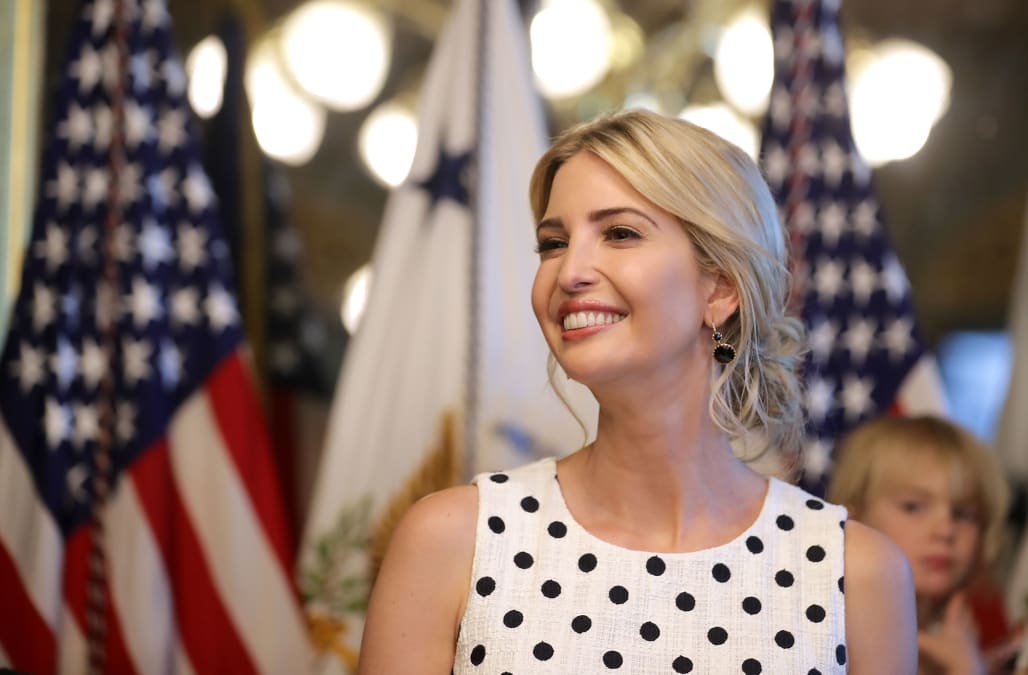 WASHINGTON, June 10 (Reuters) - President Donald Trump, who became a reality television star with a show called "The Apprentice," will spend a lot of time next week promoting a plan with the help of his daughter, Ivanka Trump, to expand apprenticeships to help companies find more skilled workers to fill jobs, the White House said.

Ivanka is anticipated to join the president for several in-depth conversations with business leaders throughout the week.

It would be the second consecutive week in which the White House will make a push to show Trump is moving ahead on his top domestic priority - jobs - in spite of investigations into whether he had anything to do with possible Russian meddling in the 2016 U.S. presidential election.

Trump has refuted those allegations, which have overshadowed his efforts to boost economic growth.

Last week was branded "infrastructure week" with a series of events dealing with fixing the nation's decrepit roads and bridges, another plank in Trump's jobs platform.

But a congressional hearing on the Russia imbroglio featuring James Comey - the FBI director Trump fired - sucked up all the attention in Washington.

Next week will be "workforce development week" where the White House highlights plans to combat the skills gap. U.S. job openings surged to a record high in April with government data showing employers struggling to find workers with the right skills.

Trump's plan has been in the works for months, led by his daughter Ivanka Trump, adviser Reed Cordish, and Trump's secretaries of labor, education and commerce.

The White House was mum on the precise details of Trump's plan to expand apprenticeships ahead of his unveiling it in a speech at the Labor Department on Wednesday.

A real estate developer who is familiar with the use of apprenticeship programs in the building trades, Trump has praised Germany's apprenticeship system as a model.

Ivanka Trump discussed the issue with German Chancellor Angela Merkel at the White House in March, and toured a Siemens training center in Berlin in April.

Trump will travel to Wisconsin on Tuesday to visit a training program at Waukesha County Technical College with Republican Governor Scott Walker, a former rival in the race to become the 2016 Republican presidential candidate.

One thing that likely will not be in Trump's plan: a surge in spending. The White House expects the private sector to take the lead.

A senior White House official said the federal government had allocated $16.7 billion to 43 job training programs in 13 agencies in fiscal 2017.

"It's not a money question. There's a lot of money out there being thrown at this," the official said. (Reporting by Roberta Rampton; Editing by Chizu Nomiyama)