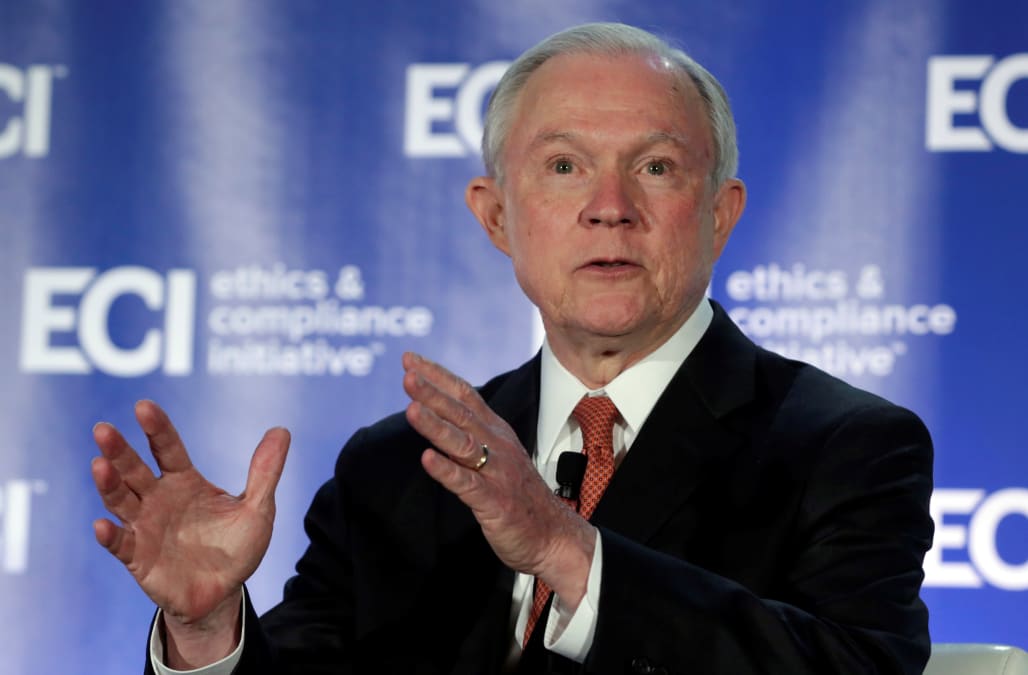 WASHINGTON, June 11 (Reuters) - Democratic Senator Jack Reed said on Sunday he would question U.S. Attorney General Jeff Sessions why he was involved in the firing last month of FBI Director James Comey after he had recused himself from matters relating to the Russia probe.

"There's a real question of the propriety of the attorney general participating in that in any way, shape or form," Reed, a member of the Senate intelligence committee, said on "Fox News Sunday."

Sessions said in a letter on Saturday that he will appear before the committee to address matters that former Comey brought up last week in dramatic testimony to the same panel.

The letter did not say whether Sessions planned to give public testimony on Tuesday or to appear before the panel behind closed doors.

"In light of reports regarding Mr. Comey's recent testimony before the Senate Select Committee on Intelligence, it is important that I have an opportunity to address these matters in the appropriate forum," Sessions said in the letter.

In his testimony on Thursday, Comey accused President Donald Trump of firing him to try to undermine the FBI's investigation of possible collusion by people in Trump's campaign with Russia's alleged efforts to influence the 2016 presidential election.

Comey also said Trump had defamed him and the FBI and that he took meticulous notes of their private meetings because he did not trust the Republican president to tell the truth about them.

Sessions removed himself from involvement any probe into alleged Russian meddling in the elections in March, but maintained he did nothing wrong by failing to disclose that he met last year with Russia's ambassador.

Reed said he was concerned that Sessions had recommended Comey be fired even after he had recused himself from Russia-related matters. Trump attributed his May 9 dismissal of Comey to the Russia investigation. (Reporting by Doina Chiacu; Editing by Nick Zieminski)

More from AOL.com:
James Comey to Jeff Sessions in February: Don't leave me alone with Trump
Comey says there are 'facts' we don't know about why Sessions recused himself from Russian probe
Attorney General Jeff Sessions to testify in front of Senate Intelligence Committee on Tuesday