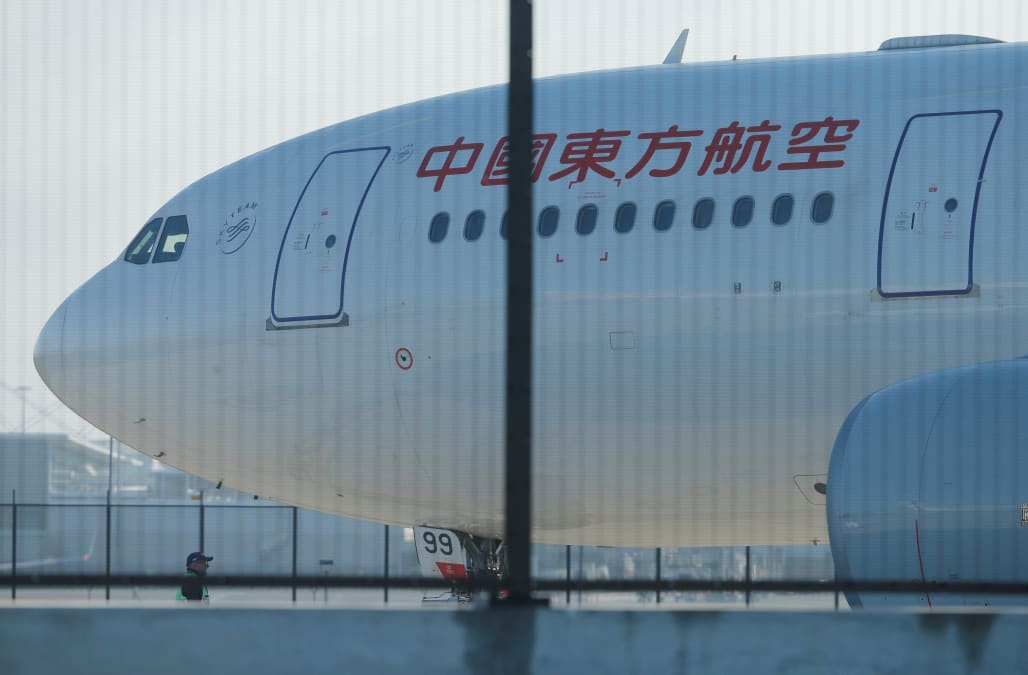 WELLINGTON (Reuters) - A China Eastern flight bound for Shanghai was forced to turn back to Sydney due to a mid-air emergency involving an engine problem overnight, a spokeswoman for the airline said on Monday.

The plane, reported by Australian media to be an Airbus A330, landed without incident and there were no injuries, said Kathy Zhang, a general manager at China Eastern Airlines.

"The crew observed the abnormal situation of the left engine and decided to return to Sydney airport immediately. All passengers and crew members were landed safely," she said.

Photographs published by several Australian media outlets showed a large gash in the casing of the plane's left engine.

The Australia Transport Safety Bureau said it was investigating the incident.

Television station Seven News reported that passengers heard a bang shortly after Flight MU736 took off and could then smell burning before the flight turned back.

"We went up in the air and all of a sudden we heard this noise ... it kind of smelt like burning. Oh, I was scared. Yeah, I was really scared. Our group was terrified," one unidentified passenger told Seven News.