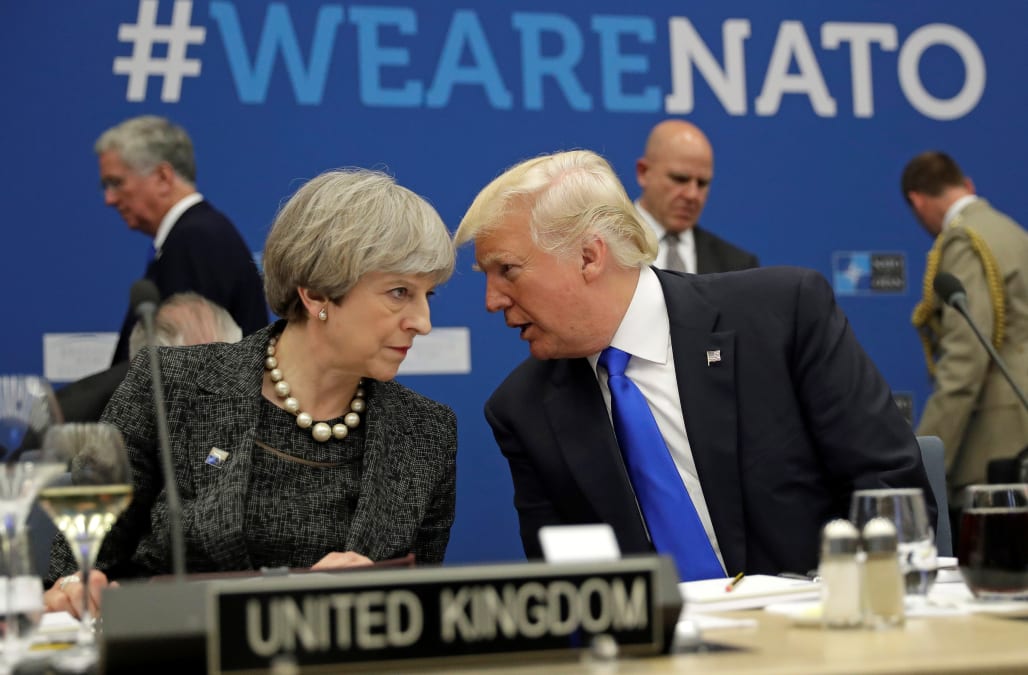 LONDON, June 11 (Reuters) - Prime Minister Theresa May's office said on Sunday there had been no change to plans for U.S. President Donald Trump's to come to Britain on a state visit, after the Guardian newspaper reported the trip had been postponed.

The paper, citing an unnamed adviser at May's Downing Street office who was in the room at the time, reported Trump had told May by telephone in recent weeks that he did not want to come if there were likely to be large-scale protests.

"We aren't going to comment on speculation about the contents of private phone conversations," a spokeswoman for May's office said. "The queen extended an invitation to President Trump to visit the UK and there is no change to those plans."

The White House had no immediate comment on the report.

No date has been set for the visit, which was agreed during May's visit to Washington in January, but British media had reported it was planned for October.

Trump has come under fire in Britain this month for his public criticism of London Mayor Sadiq Khan's response to an attack by Islamist militants in London, in which eight people were killed. May found herself forced to defend Khan, who is from the opposition Labour party.

At that time, Foreign Secretary Boris Johnson said there was no reason to cancel the visit, while White House spokesman Sean Spicer said that Trump intended to go and that "he appreciates Her Majesty's gracious invitation." (Reporting by Kylie MacLellan and Estelle Shirbon in London and Doina Chiacu in Washington; Editing by Kevin Liffey)