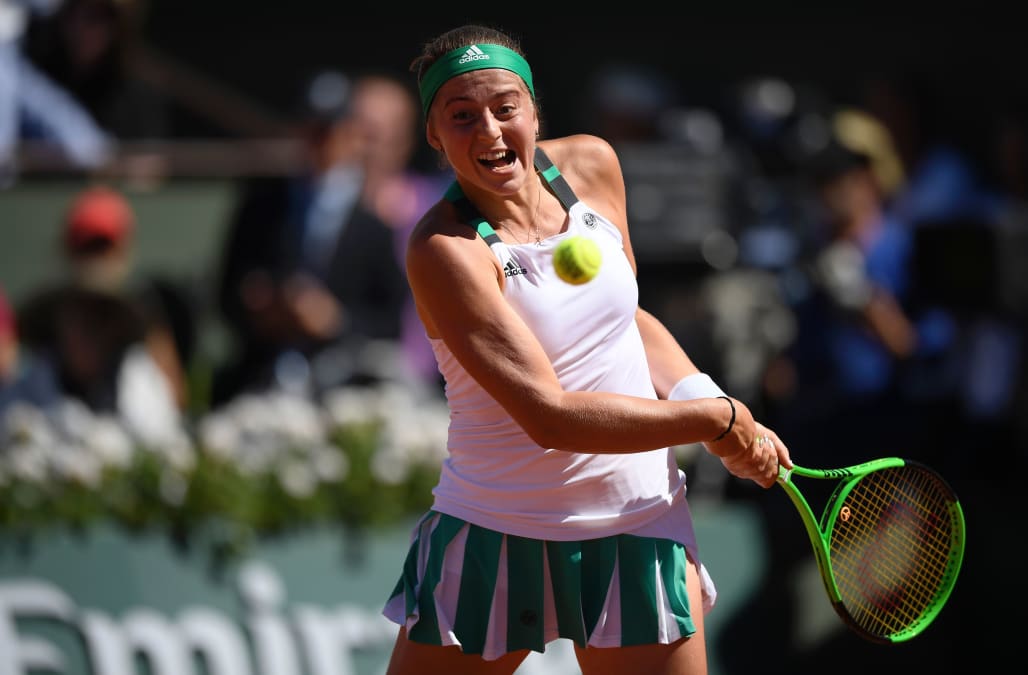 The 20-year-old Ostapenko, the first unseeded player to lift the Suzanne Lenglen Cup since Britain's Margaret Scriven in 1933, was 3-0 down in the second set when she overturned the situation.

Ostapenko, who hit a staggering 54 winners, won four games in a row and sent the match into a decider during which she overwhelmed her opponent on a sun-bathed Court Philippe Chatrier.

It was the second defeat in the final here for Romanian Halep, who was also bidding to become world number one by winning the trophy.

Ostapenko was the first woman since American Jennifer Capriati in 2001 to win the singles title at Roland Garros after losing the first set in the final.

More from AOL.com:
The best photos from the week in sports: 6/2 - 6/9
Tom Brady, Patriots players team up with Guy Fieri for a good cause -- and plenty of food and football
Pittsburgh Penguins thrash Nashville Predators 6-0 in Game Five of Stanley Cup Final