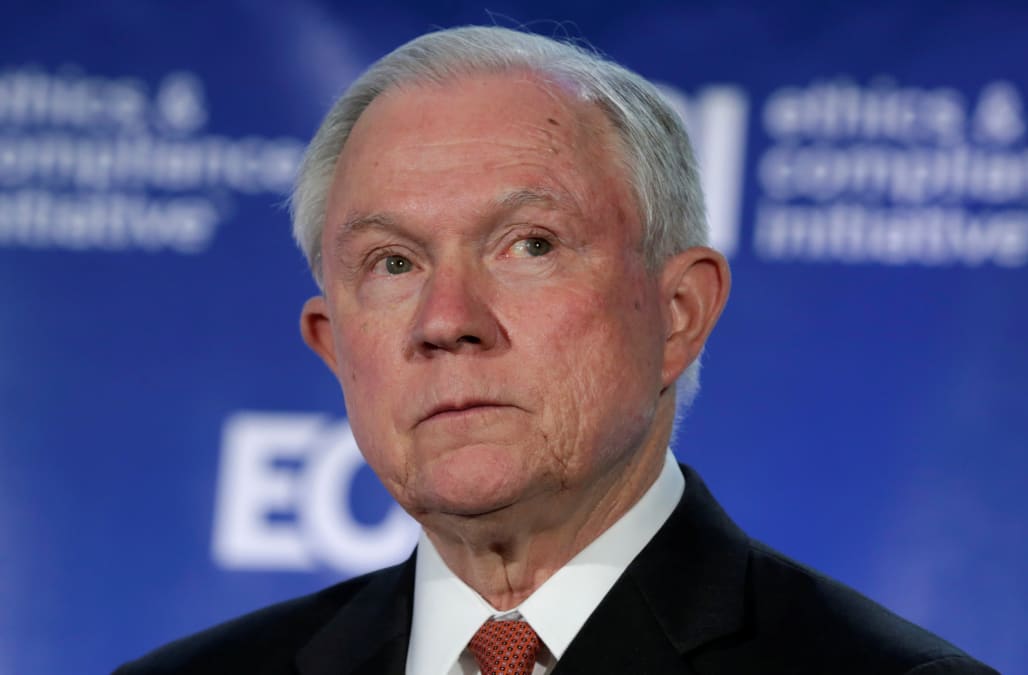 Attorney General Jeff Sessions will testify in front of the Senate Intelligence Committee on Tuesday in order to respond to claims former FBI Director James Comey made in his own bombshell testimony last week.

In an official statement, Sessions said he had previously accepted an invitation to testify in front of the House and Senate Appropriations subcommittees on behalf of the Department of Justice about budget matters on June 13.

However, in light of Comey's recent testimony, Sessions said he is "pleased to accept the invitation to appear" before members of the Senate Intelligence Committee on the same date.

Sessions plans to send Deputy Attorney General Rod Rosenstein to the budget hearing in his place.

"In light of reports regarding Mr. Comey's recent testimony before the Senate Select Committee on Intelligence, it is important that I have an opportunity to address these matters in the appropriate forum," Sessions said in a statement.

"The Senate Intelligence Committee is the most appropriate forum for such matters, as it has been conducting an investigation and has access to relevant, classified information."

JUST IN: Jeff Sessions sending a deputy in his place to appropriations hearing Tuesday, but will appear before Senate Intel June 13 pic.twitter.com/X2wMqj84fD

Sessions recused himself from matters related to the Russia investigation in March after it was revealed he did not disclose meetings with Russian Ambassador Sergey Kislyak during his confirmation hearing.

Comey said during his Thursday testimony that the FBI was aware of facts regarding Sessions "that I can't disclose in an open setting" that made it necessary for Sessions to recuse himself from the investigation.