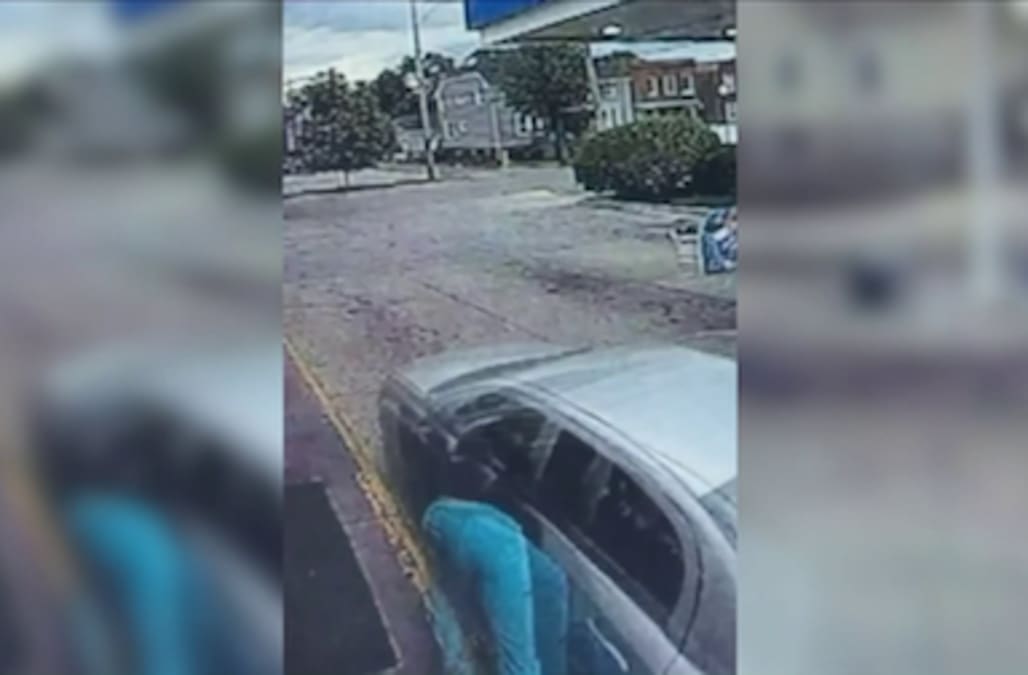 HAMMOND, Ind. (WGN) -- A pregnant woman was dragged across a gas station parking lot in Hammond, Indiana by two thieves who stole her car.

Selena Gonzalez is just two weeks away from her due date and was at the Hammond Mobile Station on Hohman Avenue Thursday night.

"I was standing at the register and as soon as I was walking out, they hopped in," Gonzalez said.

Security video says two black teens, one in a white T-shirt and jeans, the other in a grey sweatshirt with a colored hood and sleeves, jumped in Gonzalez's 2008 Chevy cobalt as it sat running.

"The only thing on my mind was trying to get my keys out," she said. "I thought maybe I could reach for the keys in time."

Gonzalez tried to reach in and the suspects took off, dragging her halfway across the parking lot.

"I was dragged on the ground. I couldn't take the pain. I just let go."

Police found the stolen car abandoned in Phoenix, Illinois. It was towed to a lot in Harvey. Gonzalez was told she has to pay $200 to get it out.

Eric Kellogg, the mayor of Harvey, heard about what happened and wanted to help. He came down to the tow lot and paid the money so Gonzalez could get her car back.

Police are investigating the incident.

There is a happy update to this story, though: Selina received a new car Saturday. Harvey's mayor had already stepped in to pay the $200 towing fee once her car was recovered, but after finding out the car was totaled, the mayor and W.K. Towing pooled their money to buy Gonzalez a new car.