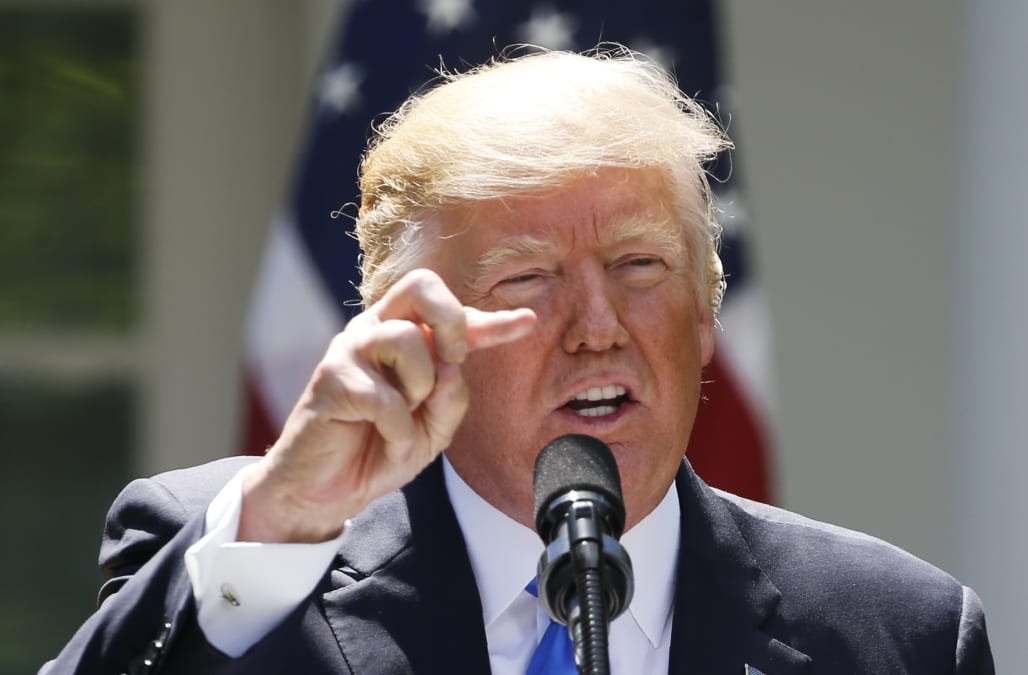 President Trump spoke in response to James Comey's testimony during a press conference on Friday, saying he is willing to speak under oath to special prosecutor Robert Mueller about his interactions with the former FBI director.

During a joint press conference with Romanian President Klaus Iohannis, Trump was asked whether he would speak under oath on his own version of his conversations with Comey regarding the FBI's probe into Russia's interference in and possible collusion with the Trump campaign in the 2016 presidential election.

"100 percent," Trump replied in response to the question.

The president also emphasized the "lies" in Comey's testimony before the Senate Intel Committee.

"No collusion, no obstruction," Trump said in reference to the testimony. "He's a leaker, but we want to get back to running our great country."

Trump also responded to a question about supposed tape recordings of the president's private conversations with Comey, saying, "I'll tell you about that sometime in the near future."

More from AOL.com:
James Comey to Jeff Sessions in February: Don't leave me alone with Trump
Comey reveals what Trump whispered in his ear in their infamous handshake photo
What is Trump doing during the Comey hearing? The internet erupts with theories