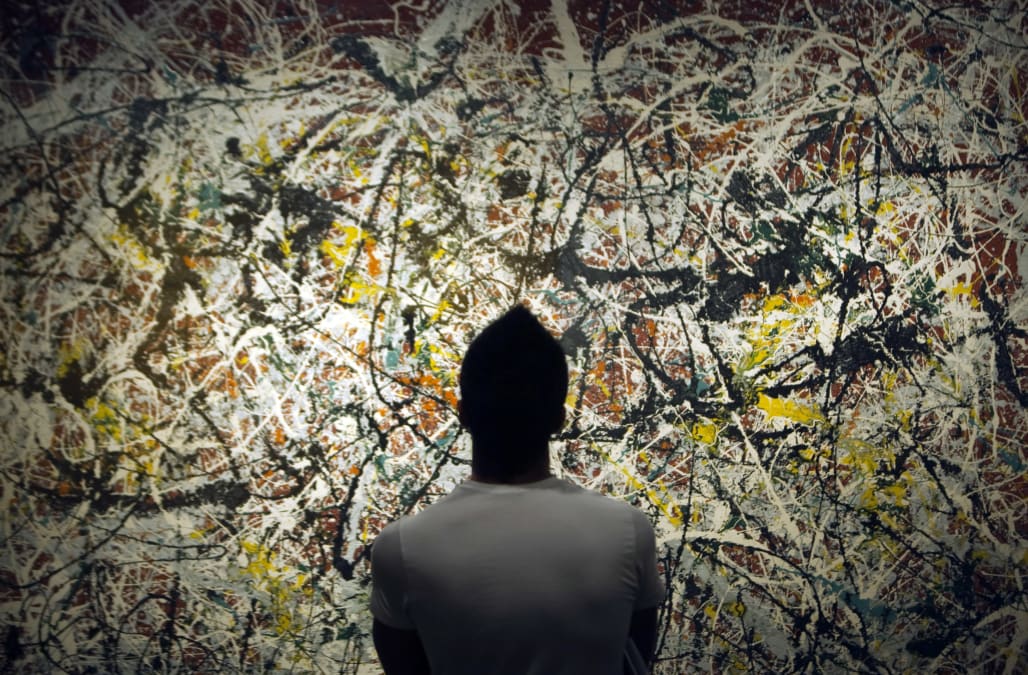 A $10 million dollar Jackson Pollock painting has been discovered and the Arizona owner had no idea they were holding something so valuable in their attic.

J. Levine auctions had been asked to go through an estate of a Sun City resident looking at LA Lakers memorabilia that was signed by Kobe Bryant.

What they stumbled upon was a treasure trove of paintings including what they are calling a rare Pollock painting.

See more on the artist:

While Josh Levine thought the painting was the real deal, he had to prove it. Proof came in how the painting was acquired. It turns out that all of the artwork in the estate, including pieces by Kenneth Noland and Cora Kelley Ward, could be circled back to renowned mid-century New York art critic Clement Greenberg.

While the provenance definitely points to Pollock, the forensics also suggest it is a Pollock. The painting is definitely mid-century, with experts saying, "no pigments or binding media introduced in the late 1950s and 1960s have been detected."

Levine spent 18 months and invested 50,000 in private investigators and forensics authenticating the piece and will now sell the painting as a legitimate Jackson Pollock.

The painting will be sold on June 20th and is expected to go in the $10million dollar range.