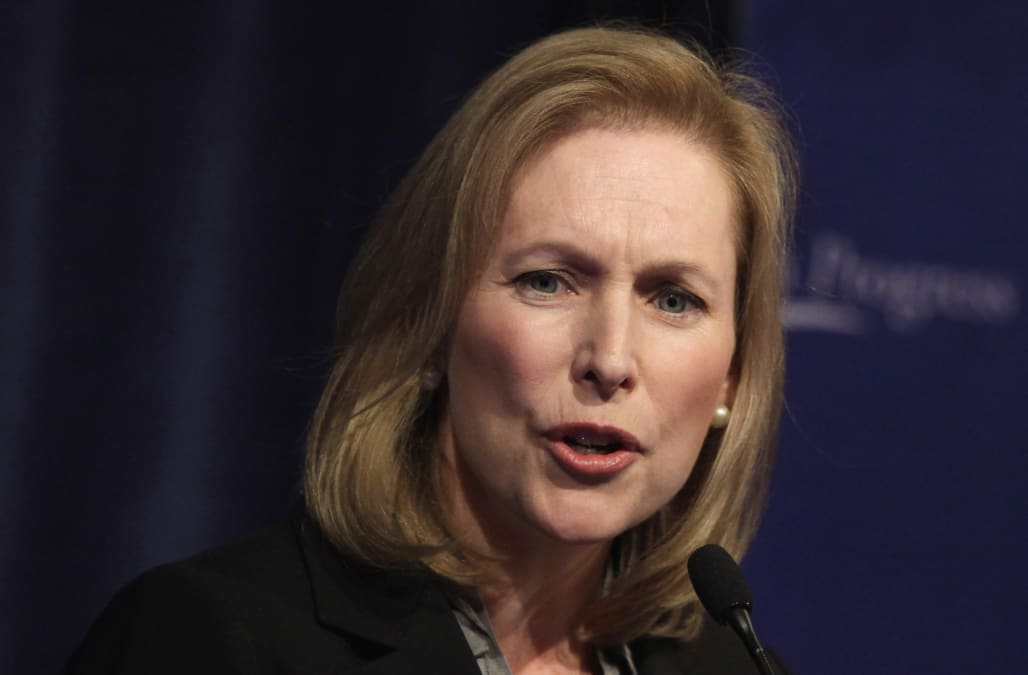 Democratic Sen. Kirsten Gillibrand sounded off on President Trump's broken promises on Friday, saying lawmakers should "go the f*** home" if they're not helping people.

The junior senator, who represents New York in the U.S. Senate alongside Sen. Chuck Schumer did not hold back when discussing Trump at the Personal Democracy Forum in New York City.

Kirsten Gillibrand speaking at NYU just now on Trump: "Has he kept his promises? No. Fuck no."

The Democrat went on to repeat a line she has previously used in a New York Magazine interview, saying, "If we are not helping people, we should go the f*** home."

“If we are not helping people, we should go the fuck home," Sen. Kirsten Gillibrand tells audience of Dem Party at Personal Democracy Forum.

Gillibrand famously led the effort to repeal the military's "Don't Ask Don't Tell" policy and is often brought up by political analysts as a Democrat likely to run opposite Trump come 2020. She, however, notably rejected that trajectory back in May.

"I'm focused entirely on running for Senate, so yes, I'm ruling it out," Gillibrand said.

Gillibrand has held her Senate seat since 2009 and sits on the Senate Armed Services Committee, Environment and Public Works Committee, Special Committee on Aging and Agriculture, Nutrition and Forestry Committee.

More from AOL.com:
House Democrats fire a warning shot after the White House suggested it may try to block James Comey's testimony
'Kill them all': Congressman Clay Higgins calls for war against radical Muslims
'Release all the tapes': Comey accuses Trump administration of 'lies' and defamation