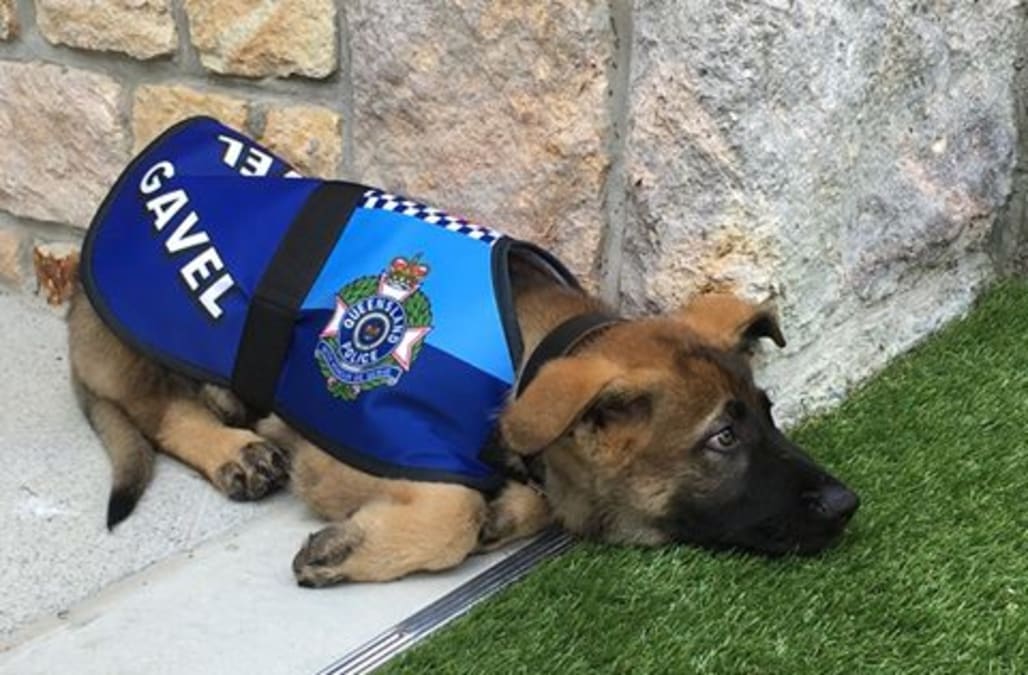 If you want to be a police dog, you've gotta be a bit tough. Gavel, a German Shepherd from Queensland, Australia, isn't.

He was ruled too sociable for the frontline by police trainers, and was let go from the training program while he was being fostered at the official residence of the Queensland governor.

Left wondering what to do with the pooch, staff decided to give him a new job as a vice-regal dog, which was made official in February this year.

There were lots of comments from people at Open Day on the weekend expressing how much they enjoyed following via social...

Posted by Governor of Queensland on Tuesday, June 6, 2017

"He has outgrown four ceremonial coats, undergone a career change (his official title is now Gavel VRD, 'Vice-Regal Dog'), and brought untold joy to the lives of the governor, Mrs de Jersey, Government House staff, and the thousands of Queenslanders who have since visited the estate," the office of Governor Paul de Jersey told the BBC.

RELATED: A history of police and military dogs on patrol

Day two of life as a Vice-Regal Dog, receiving a briefing with the Volunteer Guides #ViceRegalLife #workingdog #Fernberg #Gavel

And also generally being a good boy.

He may have missed out on becoming a QPS Dog, but Gavel clearly has the characteristics necessary to be Queensland's official Vice-Regal Dog #maroontothebone 🍖

More from AOL.com:
Dog enthusiast makes hot new wheels for Taiwan’s disabled shelter dogs
For some Californians, it's bring your dog to work day every day
Woman charged after her grandmother, dog found in feces and trashed home