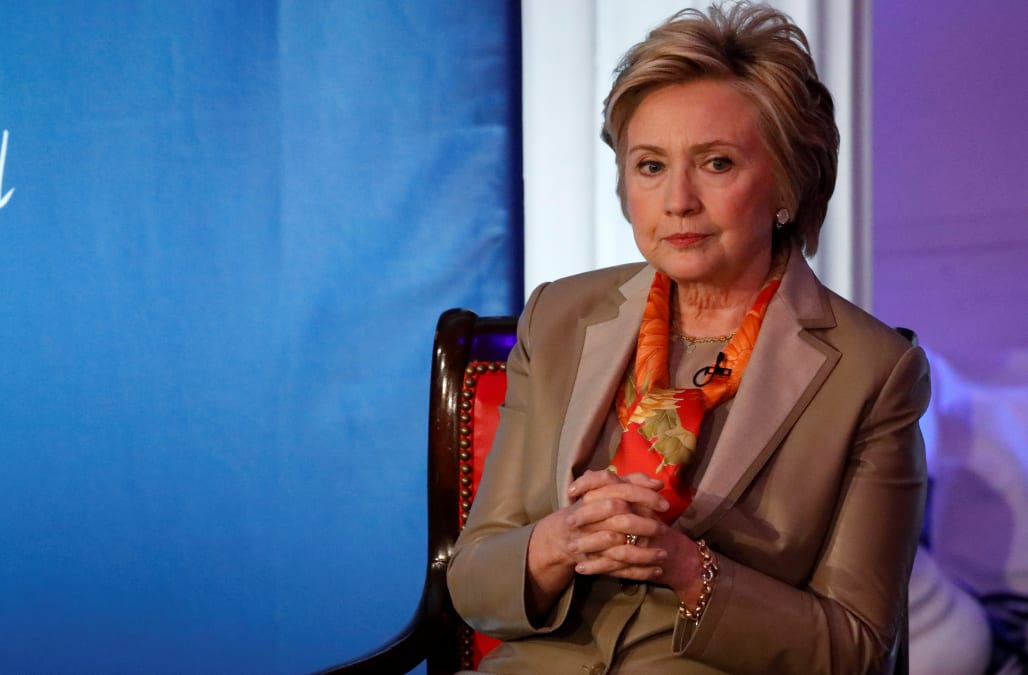 As fired FBI Director James Comey testified Thursday mostly on his conversations and communications with President Donald Trump, he revealed one bit of major news unrelated to the growing investigations involving the White House.

And a law professor says that looking back, the incident could have changed the course of last year's presidential election.

Comey said during testimony before the Senate Intelligence Committee that former Attorney General Loretta Lynch asked him to refer to the investigation into Democratic presidential nominee Hillary Clinton's use of a private email server as a "matter" instead of an "investigation."

Click through the best reactions to James Comey's Senate testimony:

Comey said the request he recalled "gave me a queasy feeling." It also echoed language the Clinton campaign itself was using.

"That was one of the bricks in the load that led me to conclude I have to step away from the department if we're to close this case credibly," Comey said.

After hearing Comey's Thursday remarks, Jed Shugerman, a law professor at Fordham University, said he could no longer "stand by my earlier criticism that the GOP was asking about Clinton email to distract from the Trump questions."

"They may have intended to change the subject, but they found a real subject to investigate further," he added in an email to Business Insider.

The professor called the apparent pressuring of Comey to use "matter" instead of "investigation" a "huge mistake" and "a partisan intrusion" on Lynch's part.

It "probably changed history by making Comey more skeptical about her and the Clintons' role," he said. "I inferred that it had an effect on Comey that may have changed how he handled the investigation later. She will face very tough questions. And it validates the follow-up questions on the Clinton campaign on their handling the email."

"We will hear a lot about this," he added. "It does not rise to obstruction, because it was wording/semantic, not the substance of investigation, but Comey was right to be troubled. Lynch and Bill Clinton should be called to testify and explain their behavior. What's obstruction for the goose is obstruction for the gander."

Comey gave a press conference early last July announcing that he would not recommend charges, while painting Clinton and her team as "extremely careless." In late October, in a moment that had a significant implications for the November election, Comey sent a letter to Congress announcing that new materials warranted a reopening of the case. But days later, he announced that the new materials, which were found on disgraced former Rep. Anthony Weiner's computer, did not warrant further investigation.

Comey originally felt the need to deliver that July press conference after former President Bill Clinton met with Lynch aboard a plane on a tarmac in Arizona.

SEE ALSO: 'A very damaging day for President Trump': James Comey's blockbuster hearing had something in it for everyone