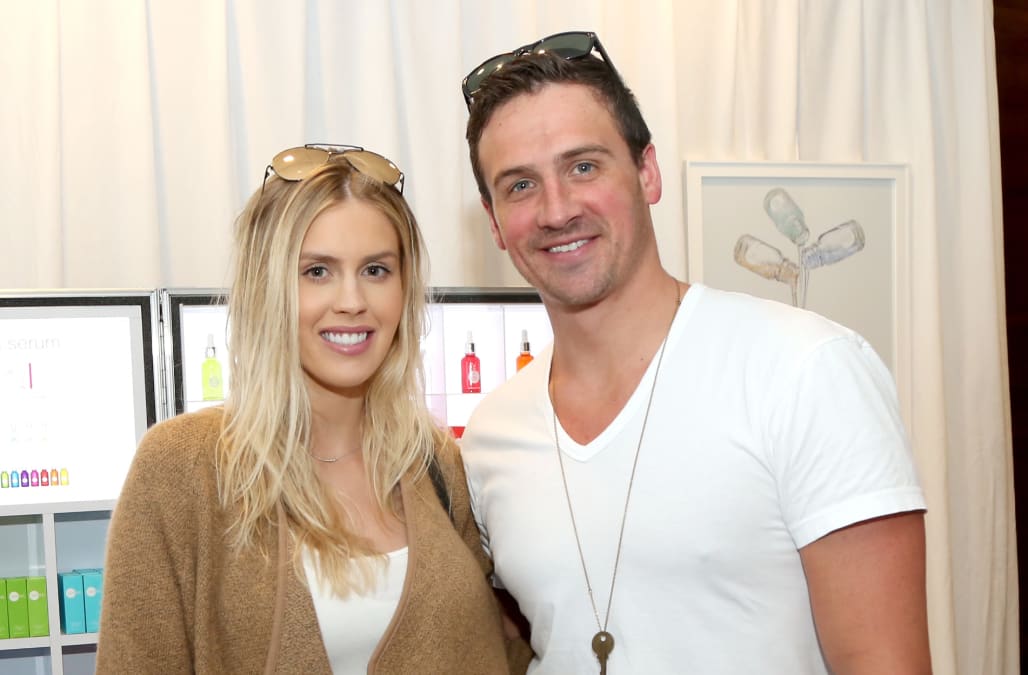 Ryan Lochte is officially a father!

The 32-year-old Olympian announced the birth of his son with fiancee Kayla Rae Reid on Thursday. The new parents have decided to name their baby boy Caiden Zane.

"Never seen a miracle happen before," Lochte Instagrammed. "Until this morning at 5:46 a.m. when Caiden Zane Lochte was born. 7 lbs 14oz, 22 inches."

WATCH: Ryan Lochte Opens Up About Suicidal Thoughts After Rio Olympics Scandal -- 'I Wanted to Hang Up My Entire Life'

Lochte and 25-year-old Reid got engaged last October, and announced they were expecting their first child together in December with a picture of Lochte kissing her belly underwater.

"Best news I've ever received," Lochte Instagrammed at the time.

WATCH: EXCLUSIVE: Ryan Lochte Dishes on Wedding Plans, Says He Would 'Definitely' Do Another Reality Show

When ET spoke to Lochte last October, he credited Reid with helping him through the aftermath of his 2016 Rio Olympics scandal, when he and several U.S. men's swim teammates fabricated a story about being robbed at gunpoint following an incident at a Brazilian gas station.

More from ET Online:
Ryan Lochte Opens Up About Suicidal Thoughts After Rio Olympics Scandal: 'I Wanted to Hang Up My Entire Life'
Julianne Moore Reveals How Daughter Liv Inspired Her to Speak Out About Gun Violence
Tom Holland Shows Off His Superhero Abs, Reveals He Showed Up to a Party Dressed as Spider-Man Years Ago