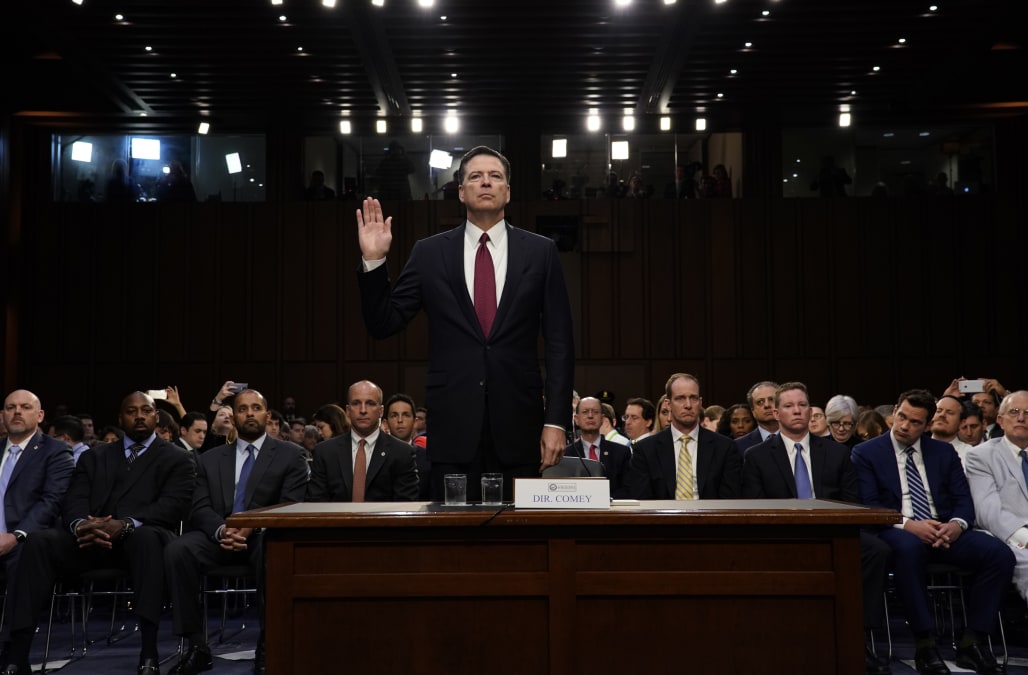 As former FBI Director James Comey was taking his seat to testify before the Senate Intelligence Committee on Thursday, the Associated Press reported that President Trump "disputes" claims that Comey is expected to make.

BREAKING: Source: Trump `disputes' Comey's claim that he asked for loyalty and to let go of the Flynn probe.

BREAKING: Source: Trump `disputes' Comey's claim that he asked for loyalty and to let go of the Flynn probe.

Comey's pre-written opening statement was released on Wednesday and it detailed earlier media reports that the president had in fact demanded his loyalty.

"The President began by asking me whether I wanted to stay on as FBI Director, which I found strange because he had already told me twice in earlier conversations that he hoped I would stay," Comey wrote.

"A few moments later, the President said, 'I need loyalty, I expect loyalty,'" Comey goes on to say.

Citing a "person close to the president's legal team," the AP reported that Trump will dispute key parts of Comey's testimony. The sources also told the AP that the president will counter Comey's account of a conversation about the investigation into former National Security Adviser Mike Flynn.

However, when Trump's team read the planned testimony on Wednesday, his attorney issued a statement that the president feels "completely and totally vindicated" and is "eager to continue to move forward with his agenda."